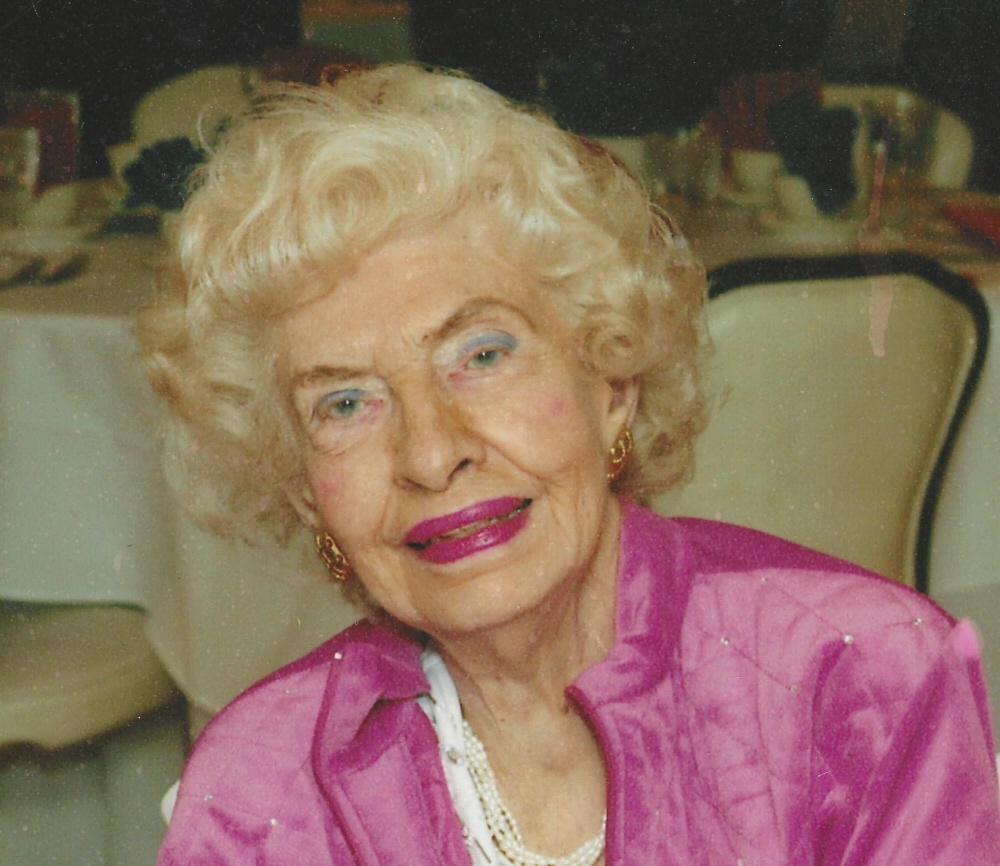 Addy Lubkert, 100, died peacefully on September 9, 2016. Addy was born on February 9, 1916, in Holmdel N.J., in the house that she lived in for most of her entire life. Addy was well known for community service, her humor, and pages of jokes. Addy was also very active in local and county affairs. She was a member of the Monmouth County Board of Recreation Commissioners for 25 years, including 18 years as Chairman. Addy was a staunch supporter of Republican ideals, serving as Vice Chairman of the Monmouth County Republican Committee, President of the Monmouth County Federation of Republican Women, and President of the Holmdel Republican Committee. She also served for many years as a Trustee of the Holmdel Cemetery Company, judge of undergraduate scholarships and other leadership roles for Kappa Kappa Gamma fraternity, and Board Member of the Visiting Nurse Association (MCOSS), in addition to many other contributions. She graduated from Goucher College in Baltimore Maryland with a BA in Physics in 1936. Addy also attended business school in New York, then worked as a department supervisor at the Atlantic Mutual Insurance Company for 10 years. It was there that she met her late husband, Harry, with whom she was married for more than 55 years. The farm in Holmdel which Addy’s father worked for most of his life eventually became home to the PNC Arts Center, Holmdel High School, Satz Middle School, a part of Holmdel Park, and even a section of the Garden State Parkway. Addy and Harry Lubkert donated their large barn to the Holmdel Theater Company, which is now the Duncan Smith Theater. Many people believe that the Holmes family were some of the first European settlers of Monmouth County in the late 1600s and Holmes may be the basis for the name Holmdel. “Addy' will be sincerely missed by her son Kenneth and his wife Beth, her grandchildren Christopher and his wife Emily, Jonathan and his wife Katie, Kirsten, and Kayla, her great grandchildren Mila, Harry, and Tyler, and her many, many friends in Monmouth County and beyond. Visitation Friday September 16th 5:00 – 7:00pm and Saturday, September 17th 9:00 – 10:00am followed by a Service at 10:00 am at the Holmdel Funeral Home, 26 South Holmdel Road, Holmdel. Interment Holmdel Cemetery, Holmdel. Memorials may be made to the Monmouth County Friends of the Parks, Holmdel Police Department, and Holmdel First Aid Squad. To share a favorite memory or messages of condolence, please visit Addy’s Book of Memories at www.holmdelfuneralhome.

To leave a condolence, you can first sign into Facebook or fill out the below form with your name and email. [fbl_login_button redirect="https://wbhfh.com/obituary/adeline-holmes-lubkert/?modal=light-candle" hide_if_logged="" size="medium" type="login_with" show_face="true"]
×