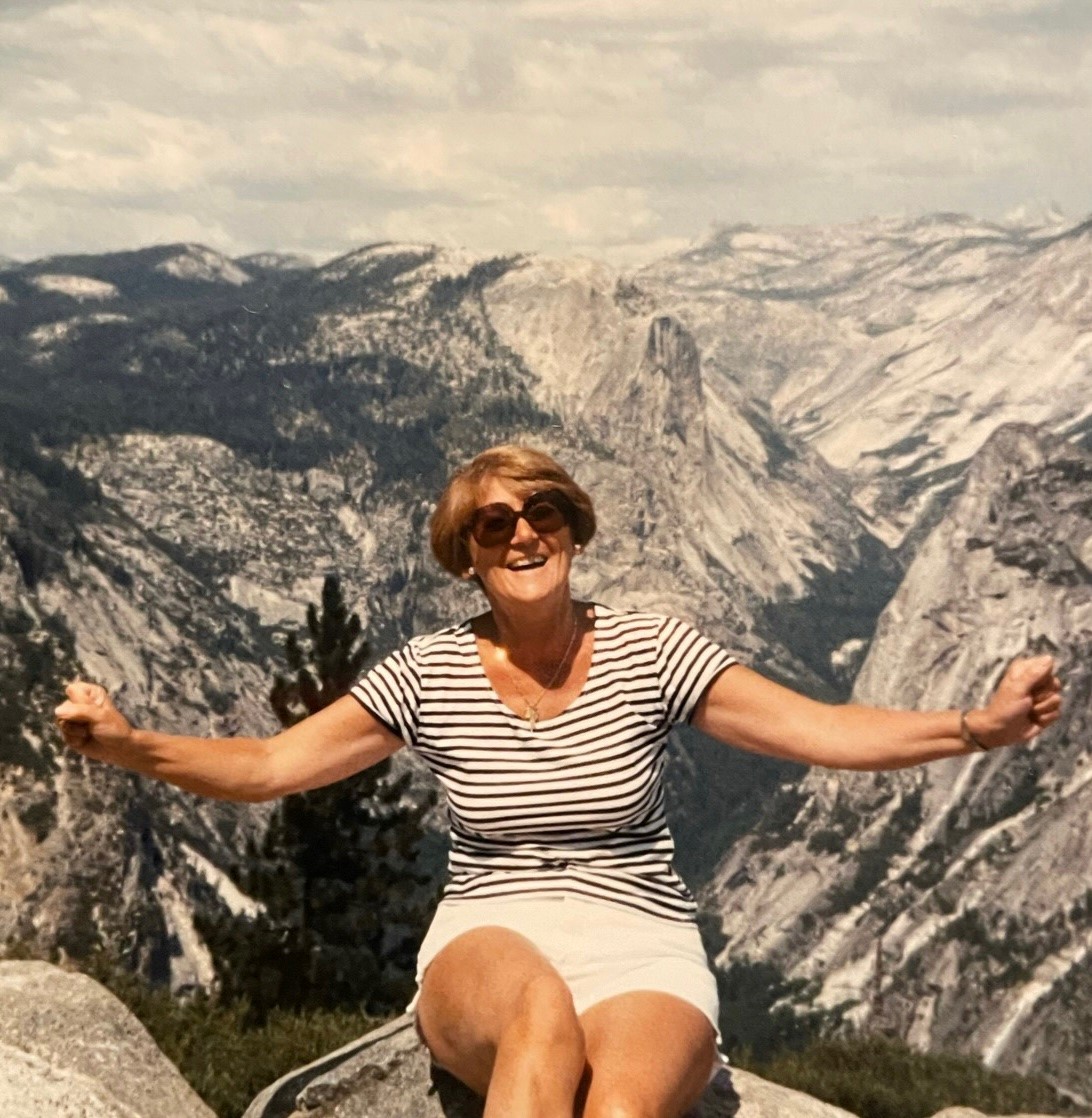 Aileen C. Tennant, beloved wife of David and loving mother to Andrew, Brendan and Siobhan, died peacefully Sunday 15 January at the age of 82 with her family at her side.

Aileen was born in Dublin, Ireland, on December 8, 1940, the fifth of Cecil and Kathleen Looney’s eight children. In her youth, she attended school at Golden Bridge Convent; belonged to Comhaltas Ceoltoiri Eireann, which champions the Irish language and Irish song and dance; and hiked through the mountains of Glendalough, Sligo and Connemara, with the youth organization An Oige. She worshiped at Oblate Father’s Cathedral and would maintain throughout her life a deep devotion to the church. Her Sundays were also spent supporting St. Pat’s Football Club and Inchicore Harriers Running Club. Over the decades, her passion for sports never waned.

In the spring of 1963, Aileen decided to leave all that she had known behind—and to move, by herself, to the United States. She settled in New York City and would build a successful career as a manager and programmer at American Telephone & Telegraph. Not long after her arrival, she met the man of her dreams, David Tennant of Jersey City—and for the next six decades they would remain in love with each other. They were married on August 26, 1967, at Our Lady of the Wayside Church, in the Dublin suburb Bluebell. Soon they were back in the United States, living in Hazlet, New Jersey, and starting their family.

Aileen was selfless. She was a devoted wife. She adored her three children and four grandchildren. Raising her children was the great adventure of her life. An eager participant in every aspect of their lives, she was always there for them. For half a century, she traveled across the Northeast, never missing a practice, game, school event or family gathering—no matter the distances, regardless of the traffic.

After her children left home to attend college, Aileen found a way to care for others as a medical assistant at a private practice in Hazlet. She always put the needs of others ahead of her own, working with the physically and mentally challenged as a volunteer with Monmouth ARC, and delivering bread weekly to the less fortunate at the Bayshore Food Pantry for nearly 25 years. Through it all, faith was her foundation.

For 47 years, she was a loyal communicant of St. Benedict Parish in Holmdel, attending daily masses and rosary readings. She never left the house without her rosary beads and prayer cards.

Aileen was a master storyteller; sarcastic and funny; conversational yet curious; kind to all; generous to underappreciated causes; warm and sympathetic to the less fortunate; courageous and strong; dignified while devoted to her faith and community; and unfailingly kind to friends in need. It was the simple, little things in life that made her genuinely happy. A caring and giving soul. She was everyone’s favorite Mom.

Similarly, when it came to sports, Aileen was no fair-weather fan. A season ticket holder for the Devils and Giants for 30 years, she was always the loudest fan in the arena—and she considered herself fortunate to be there in person on several occasions to see her teams win Super Bowls and Stanley Cups. On Saturday mornings, she never walked alone—always glued to the Liverpool match. Sadly for her children and grandchildren, she passed onto them her passion for the New York Mets. She also had a passion for the arts, frequently attending Broadway shows with David, especially if Hugh Jackman was in a starring role. Aileen was proud of her Celtic heritage, loyal and loving to her extended family back home, and well-traveled and well-read (which was evident every weeknight at 7pm, when she turned on Jeopardy). In 2013, after 50 years in America, she was filled with pride when she became a dual citizen of the U-S and Ireland. She loved animals, especially her rescue dogs—-Killian, Dublin, Shannon, Ronan and Molly. Above all, she loved her family.

She is predeceased by her parents Kathleen and Cecil; her siblings Ciaran, Patrick, and Anne; and her son-in-law Douglas Drewry.

Aileen is survived by her adoring husband David, her son Andrew and his wife Mary of Fairfield, CT, her son Brendan and his wife Susan of Springfield, NJ, her daughter Siobhan Drewry of Neptune, NJ; her siblings Dolores McCurtain of Waterford, Ireland, Cecil Looney of Walkinstown, Ireland, Brendan Looney of Mayo, Ireland, and Catherine Looney of Dublin, Ireland; and her beloved grandchildren Declan, Breac, Saoirse, and Roan.

Aileen’s story will be told and her life will be celebrated at Visitation Friday January 20 from 4pm – 8pm at Holmdel Funeral Home, 26 S. Holmdel Road, Holmdel, NJ. A Mass of Christian Burial will be offered on Saturday, January 21 at 10am at St. Benedict Church, Holmdel, NJ.

In lieu of traditional remembrances, Aileen’s family asks with gratitude that donations in her name be made to her favorite causes: the Monmouth County ASPCA (www.monmouthcounty aspca.org), The Maryknoll Sisters (www.maryknollsisters.org), Doctors Without Borders (www.doctors withoutborders.org) or The ARC of Monmouth (www.arcofmonmouth.org).

For messages of condolence, or to share a favorite memory of Aileen, please visit her page of tribute at www.HolmdelFuneralHome.com.

To leave a condolence, you can first sign into Facebook or fill out the below form with your name and email. [fbl_login_button redirect="https://wbhfh.com/obituary/aileen-c-tennant/?modal=light-candle" hide_if_logged="" size="medium" type="login_with" show_face="true"]
×