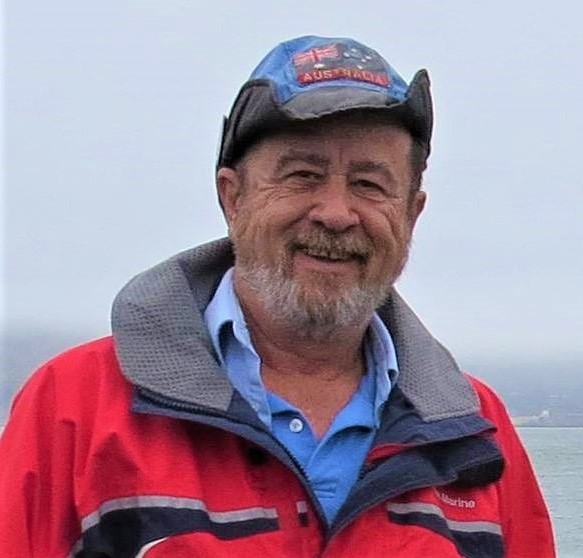 The family of A. Lewis Hill (11/5/1940 – 12/9/2022) is deeply saddened by the loss of our “Lew” after protracted spinal and respiratory illness.  He was a devoted father, grandfather, brother, and, for 45 years, husband to Florence Bramley Hill, with whom he shared his love, warmth, and humor until his very last day.

Born to Ruth Mary (Reny) and James C. Hill of Pelham, NY he attended Prospect Hill School and Pelham High School.  He went on to Swarthmore, Rollins College, and Albert Einstein, where he received his PhD in research psychology.  He later changed his career to become a clinical psychologist, a healer known for his humor and dedication.  His research and publications on autism were quoted by his peers, referenced in the book “The Man Who Mistook His Wife for a Hat” and put him on the short list of consultants for the movie “Rain Man”.

Throughout his life Lew was an avid sailor, the winner of numerous racing awards including the SE Intercollegiate Sailing Championship, and spent months at a time on sailboats “Mighty Melissa” and “Harmony” single-handing between islands in the Caribbean and snow-birding with Florrie in the Bahamas.

Lew is survived by his wife, Florence Bramley Hill and his children, James C. Hill, Melissa M. Hill and Lymond Bramley.  Lew has four granddaughters, Alexandra and Madison Bramley who were born to his eldest stepson Gareth Bramley who passed away in 2019, and Riley and Piper Hill, born to James Hill.

Lew’s brother Emory, sister Julie, cousin Mary Emory (Mem), and nieces and nephews Kristen, Linda, Jesse, and Matthew also share the loss of his wit and humor during the last couple of years of Friday night zoom calls with the whole family.

Lew wished for his ashes to be spread in the waters of Raritan Bay and Bequia, St. Vincent.   A celebration of his life will be announced at a later date.

To leave a condolence, you can first sign into Facebook or fill out the below form with your name and email. [fbl_login_button redirect="https://wbhfh.com/obituary/albert-lewis-hill/?modal=light-candle" hide_if_logged="" size="medium" type="login_with" show_face="true"]
×