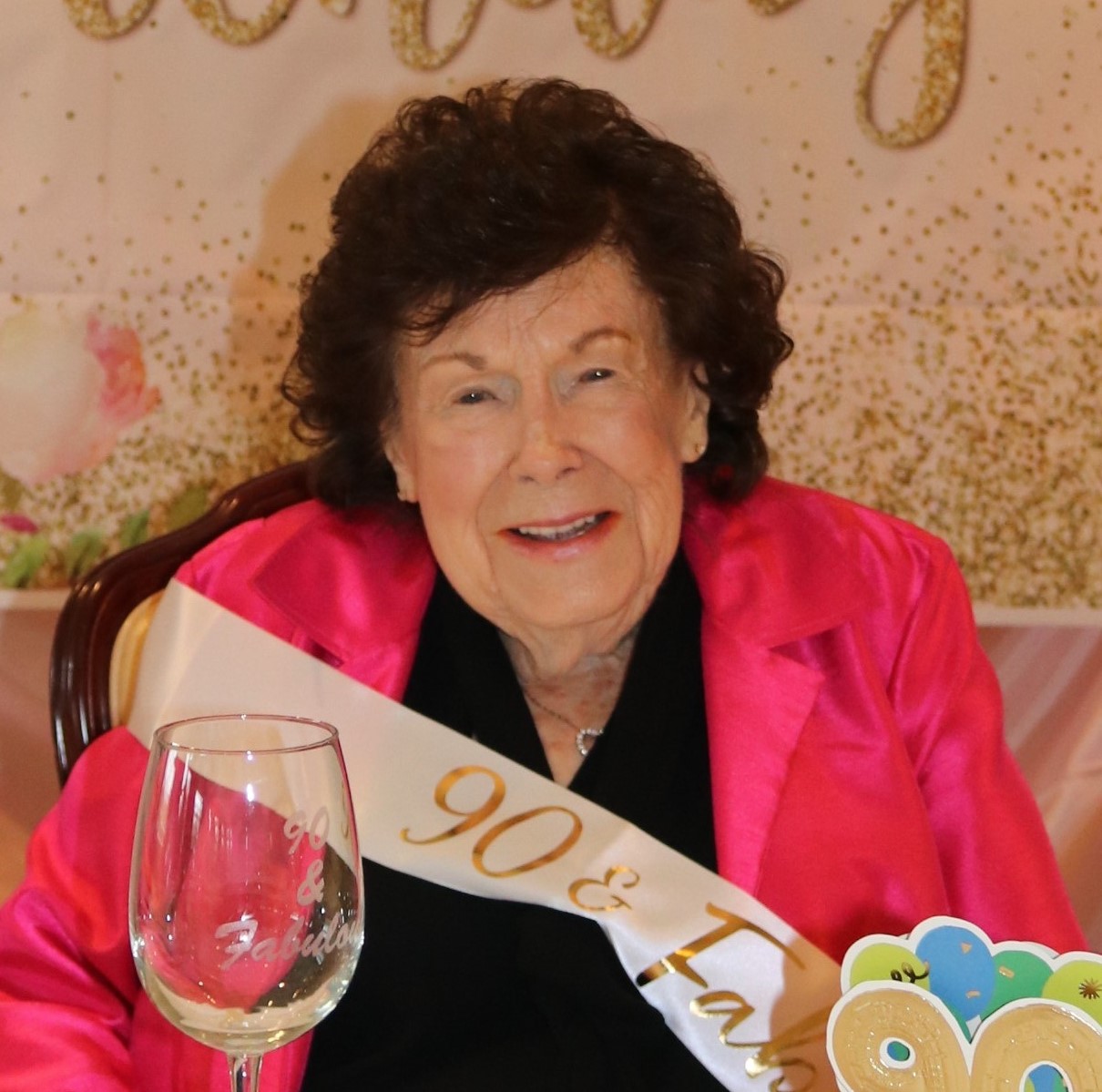 Alice Ann Smillie, 91, a devoted mother, grandmother and great-grandmother passed away on January 1, 2023.

Most recently, a resident at Seabrook Village in Tinton Falls, Alice was born in Bay Ridge, Brooklyn to the late James Henry Owens and the late Mary Alice McNamara. She is also predeceased by her brother John James Owens.

After graduating St. Joseph’s Commercial High School, Alice was employed by the Metropolitan Law Book Company as a bookkeeper for several years.

Alice was the beloved wife of the late Joseph Edward Smillie, retired New York City Detective. She was the devoted mother of her son James Edward Smillie who predeceased her and her surviving two daughters, Patricia Smillie-Scavelli (Thomas) and Jacqueline Smillie-McFadden (Michael).

After the passing of her husband, Alice learned to drive a car at the age of 65 and began working again, this time as a bookkeeper for her son-in-law and daughter’s veterinary hospital, Garden State Veterinary Specialists for 15 years. In retirement, Alice enjoyed the company of her grandchildren, Kurt Scavelli, Diane Scavelli, Jessica McFadden, Alexa McFadden, Steven Smillie (Kristen), and Joseph Smillie (Helen). She was also blessed by being able to spend time with her great-grandchildren, Avery Smillie, James Smillie and Harper Smillie. Alice is survived by her nieces and nephews Eileen Downey (Patrick), Edward Owens (Marian), James Owens, Susan Cummings (Richard), Barbara Cirruzzo and great nieces and nephews, Maureen, Katie, Catharine, Ashley, Richard and Joseph.

For messages of condolence, please visit Alice’s page of tributes at www.holmdelfuneralhome.com.

To leave a condolence, you can first sign into Facebook or fill out the below form with your name and email. [fbl_login_button redirect="https://wbhfh.com/obituary/alice-ann-smillie/?modal=light-candle" hide_if_logged="" size="medium" type="login_with" show_face="true"]
×