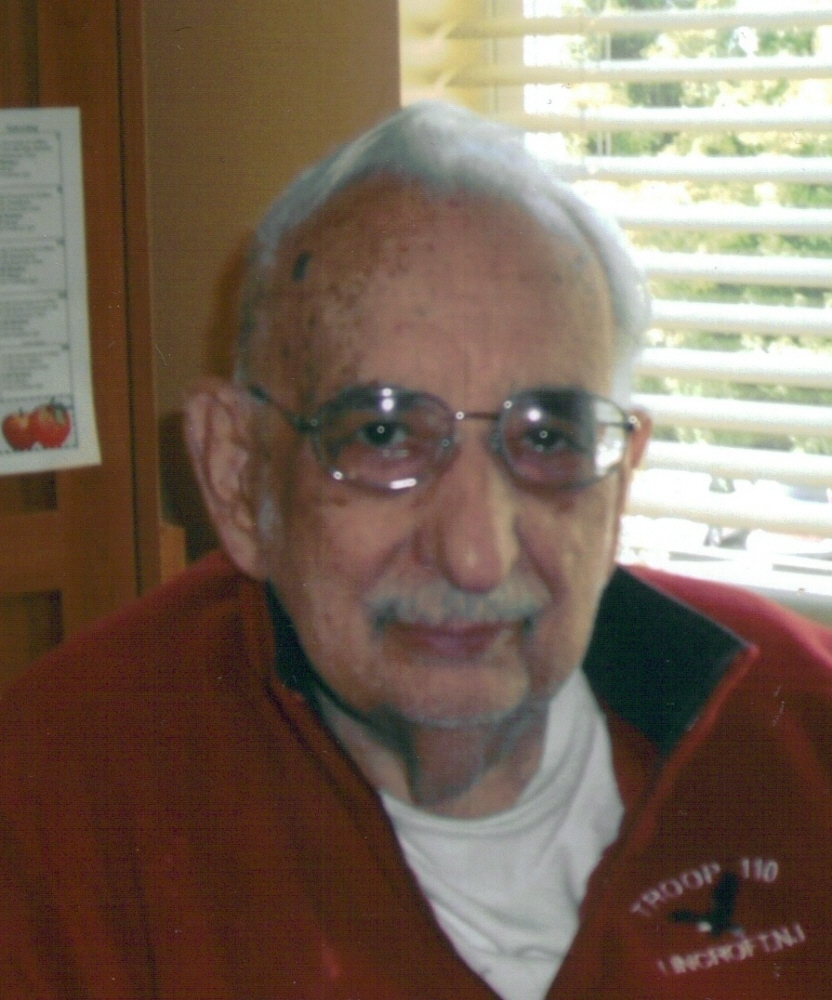 Andrew J. Lennert, Sr. 87, of Lincroft passed away on Sunday, April 14, 2013. Andrew was born in Brooklyn, NY. He served in the US Army in World War II. He graduated from Syracuse University College of Environmental Science in 1950. Prior to his retirement in 1988, Andrew was a landscapre architect for the NJ Department of Transportation for 37 years. He also held a NT State Landscape Architect license. He married Mary Alice Baker in 1952. They lived in Spotswood, NJ before moving to Lincroft. Andrew was a member of the Middletown Township Shade Tree Commission in Lincroft and the Lincroft Volunteer Fire Company. He was Scoutmaster of Troop 110 Boy Scouts of America for 50 years from 1957-2007. During his tenure he saw 179 Scouts achieve their Eagle Training Award. Andrew was also the recipient of the Scouter Training Award, Scoutmaster Key, Silver Beaver, Wood Badge, Outstanding Scoutmaster, National Eagle Association, and the Catholic Scouter St. George Award. Andrew was a parishioner of St. Mary's Church in Colts Neck. Andrew, Dad, Pop-Pop enjoyed gardening (hybrid iris gardens) photography, appreciated nature, summer vacations at Chateaugay Lake, and his time spent with the Boy Scout Troop. He was an avid Syracuse Basketball and Mets fan. Most of all, Andrew enjoyed time spent with his family. Andrew was predeceased by his sister, Marie Orkus. He is survived by his wife of 60 years, Mary Alice; his daughter Kathy and son-in-law Rich Bantel; his son Drew and daughter-in-law Amy Lennert; daughter Annemarie Darling and son-in-law Sean; his grandchildren Caity Bantel and her fiancé Rob Vigiotti; Amanda and Andrew Lennert; John, Luke, Brett, Faith, Keith, and Paul Darling. The family will receive their friends at a Memorial Gathering held on Thursday, April 18, 2013 from 2-4 and 7-9PM at the Holmdel Funeral Home 26 South Holmdel Road, Holmdel, NJ. In lieu of flowers, donations in his memory can be made to the Alzheimers Association, 400 Morris Avenue, Suite 251, Denville, NJ 07834-1365.

To leave a condolence, you can first sign into Facebook or fill out the below form with your name and email. [fbl_login_button redirect="https://wbhfh.com/obituary/andrew-j-lennert/?modal=light-candle" hide_if_logged="" size="medium" type="login_with" show_face="true"]
×