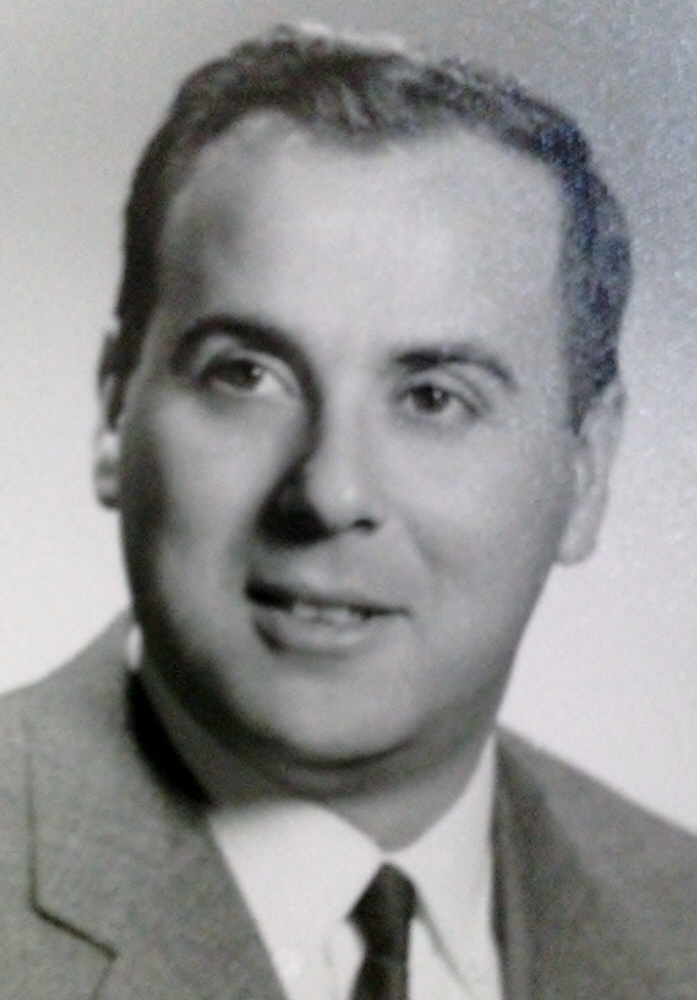 Dr. Anthony Issa Sahar passed away on June 19th, 2014, after a courageous fight against cancer. Tony's life was one of accomplishment beginning with his earliest years. Born in Jerusalem, Palestine on August 20, 1934 to Issa and Hana Sahar, he was one of seven children. He graduated high school from College des Freres (Christian Brothers Academy) in Jerusalem at the age of 16. Shortly thereafter, his family was forced to emigrate with only pennies in their pockets. They began building a new life for themselves in the America that Tony so loved. After graduating from Rutgers University with a BA in Chemistry, he worked for six years as a chemist in order to save up for graduate studies. He served in the US Air Force in 1957. Tony was accepted to the medical school of Heidelberg University, Germany. Although fluent in three languages, Tony did not speak a word of German. Not to be deterred, he quickly mastered the language, graduating on time and with high marks. While at Heidelberg, Tony met the love of his life, Marianne. Together, the young doctors Tony and Marianne emigrated back to the States and settled in the Long Branch area, where they practiced medicine together for the next 45 years. A Diplomate of the American Academy of Family Physicians, Tony gained a reputation for superb medical judgement and clinical excellence. He treated many thousands of patients, some spanning over three generations. His diagnostic skills and medical instincts were uncanny. Tony was devoted to ensuring that his patients – old, young, rich, poor, and from whatever station in life – received his utmost dedication and the best of care, often finding ways to overcome bureaucratic obstacles and hospital red tape. With the patients' best interests in mind, Dr. Anthony would call upon, cajole, consult, and otherwise persuade specialists, sometimes at distant locations, to take care of his patients' needs. He enjoyed teaching and mentoring budding physicians in his role as Associate Clinical Professor at Drexel University's medical school. At Monmouth Medical Center, he was Chairman of the Family Practice Department for many years, and also served as a member of the Ethics and Credentialing committee. In 2005, Dr. Anthony was granted the hospital's highest honor, the Pinnacle Award of Service. Tony will be sorely missed by his entire family. He is survived by his wife of 47 years, Marianne. Together, they formed a dedicated team in every aspect of life. Tony was an adoring and wonderfully supportive father to his children, whose accomplishments were a source of great pride to him. Christoph, his wife, Nicole, and their son, Lucas (Barrington, RI); Annette, her husband, Robert, and their children, Johannes, Annika, and Nikolai (Ridgefield, CT); and Andreas, his wife, Megwen, and their children, Ramona, Jericho, and Mateo (Newark, NJ) will all miss his fierce love, doting affection and fun-loving spirit. He is also survived by his devoted siblings, Antoinette, Leila, Grace, Alice, and David. He was predeceased by his parents and his brother, George. Tony was a colorful character who pursued many interests. He was a powerhouse of a man, a man of action, energy, enthusiasm and eternal optimism – a man gifted with brilliance, warmth, and compassion – a man who really cared. Tony did everything in his power to make a difference, and he did so in the lives of many. His family, friends, and patients are all the better because he lived among them. Tony has left an indelible mark of goodness in the world, and he will not be forgotten. The family will receive visitors at the Woolley-Boglioli Funeral Home, 10 Morrell St., Long Branch on Tuesday, June 24th from 2:00-4:00pm and 7:00-9:00pm. The funeral will be held on Wednesday, June 25th at noon, at the Lutheran Church of the Reformation, 992 Broadway, West Long Branch. The Salvation Army was a tremendous support to Tony's family upon their immigration. As a lifelong supporter of their cause, Tony requested that donations be made to them in lieu of flowers.

To leave a condolence, you can first sign into Facebook or fill out the below form with your name and email. [fbl_login_button redirect="https://wbhfh.com/obituary/anthony-i-sahar-md/?modal=light-candle" hide_if_logged="" size="medium" type="login_with" show_face="true"]
×