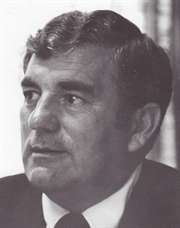 Anthony J. Camassa, 80 of Long Branch passed away Saturday February 18th at St. Barnabas Hospice and Palliative Care Center, Long Branch. Mr. Camassa was born in Long Branch and lived in West Long Branch before moving back to Long Branch in 1980. He was the founder of the Camassa Agency, Inc. of West Long Branch in 1958. In 2009 he turned the business over to his beloved nephew Frank Camassa, Jr. to carry on the Camassa tradition, where Tony continued to serve the family's business. Tony was the Past President of the New Jersey Association of Realtors and Past President of Monmouth County Board of Realtors. He served as a Member and Director of the National Association of Realtors, chairing several committees from 1986-1989 as well as the Monmouth County Board of Realtors from 1973-2006. Tony testified as President of the New Jersey Association of Realtors before the Real Estate Commission. He was nominated to Who's Who in New Jersey in 1974. Tony was selected Realtor of the Year by the New Jersey Association of Realtors in 1975. He was a four time Life Member of R.P.A.C. Mr. Camassa earned his B.S. Degree in Business Administration from Monmouth College. He served his country honorably in the U.S. Navy during the Korean Conflict. Tony served on boards of various civic and charitable activities. He was the recipient of the Spoke Award, Outstanding Young Man, and the Jaycees He served as President of the Rotary Club of Long Branch during its 50th year anniversary. He was a member and former Director of Deal Golf and Country Club and Past Director of East Jersey Savings and Loan Association. Mr. Camassa was a former Councilman and Chairman of the Fire and First Aid Committee for the Borough of West Long Branch. He was a communicant of Our Lady Star of the Sea Church, Christ the King Parish, where he served for many years as a trustee. He was pre-deceased by his mother and father Susan and Frank Camassa; and his brother and sister-in-law, Frank and Helen Camassa. Surviving is his beloved wife Margaret; two sons and daughter-in-law, John and Cathryn Camassa, Freehold and Jay Camassa, Eatontown; step-daughters and their husbands, Gina and Frank Schembre, Ponte Vedra Beach, FL and Loretta and Michael Ward, Pompton Lakes, NJ; eight grandchildren, Michael, Christina and Victoria Camassa, and Amanda, Michael, AnnaMarie, Victoria and Teddy Houlis-Ward; sister Sanita Camassa, West Long Branch; nephew and his wife, Frank and Jeanne Camassa, West Long Branch; two nieces and their husbands, Susan and John Gizzi, West Long Branch and Patti and Lou Manzi, Oceanport; and his great nephews, Frank, III and Anthony J. Camassa, Michael Gizzi and Christopher Manzi. Visitation will be Wed. Feb. 22nd, 2 to 4 and 7 to 9 PM at the Woolley Funeral Home, 10 Morrell Street, Long Branch. Funeral liturgy will be celebrated Thur. Feb. 23rd, 10 AM at Our Lady Star of the Sea Church, Second Avenue, Long Branch. Interment will follow at Mt. Carmel Cemetery, West Long Branch. Contributions in his memory may be made to a charity of your choice. You may light a candle of condolence by visiting www.woolleyfh.com.

To leave a condolence, you can first sign into Facebook or fill out the below form with your name and email. [fbl_login_button redirect="https://wbhfh.com/obituary/anthony-j-camassa/?modal=light-candle" hide_if_logged="" size="medium" type="login_with" show_face="true"]
×