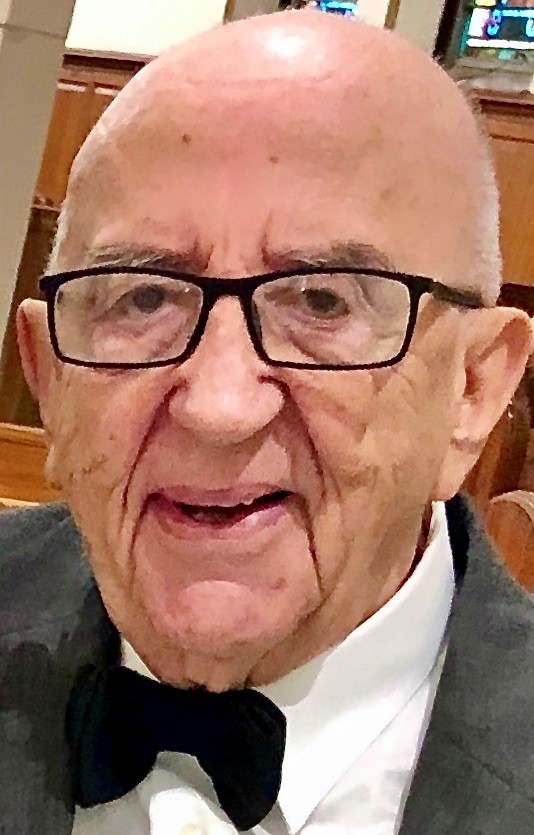 Arthur was born and raised in Manhattan on York Avenue. He lived above and worked for his family’s fruit and vegetable store on York Avenue and 87th Street.   After graduating high school, he worked as a salesman with Coca Cola.

Arthur would meet the love of his life, Lorraine, at a friend’s wedding and the two would ultimately marry on April 26th, 1953 at St. Mary’s in Long Island City. They settled in Staten Island later that year to raise their family.   He worked for a time with the NYC Public Library and also co-owned with relatives Applefield Beverages Bottling Company.  In 1968, and for the next 20 years, Arthur was a NYC Code Enforcement Inspector rising to Chief Inspector for the City of New York Housing Preservation and Development (HPD).  During his tenure there, he also was an independent agent investing and selling real estate on Staten Island.  Immediately following his retirement, he kept active as a salesman for Montalbano’s Pool Center where he enjoyed connecting with customers.  In Arthur’s spare time, he enjoyed antique and yard sales. He and his wife were also considered “snowbirds” and would spend 4 months of the year at their home in Florida.

Arthur was an armchair comedian and philosopher with a sharp mind that allowed him to give great advice with his quick wit always turning any saying into a joke. He also had many sayings that he would say including “What does it all mean”, “every story is like a pancake always has two sides”, “never judge another until you walk a mile in their moccasins” and “keep it moving”. He was an avid newspaper reader and his favorite was the New York Post.

He was a true “old school” family man always at the helm, supportive, concerned and ready to help with whatever might be going on in his family and friend’s lives.  He always started a conversation with “Start from the beginning”.  His friends and family had much respect for him, valued his input and enjoyed conversation with him on any subject given his unique quality and being so relevant with multiple generations and related so well with all.   He was a wonderful role model, resilient and devoted family man who led a very fulfilling life.

A beloved and devoted husband, father, grandfather and great-grandfather, he will be truly missed by all.  Arthur is survived by his beloved wife of 67+ years Lorraine Cavaliere of Colts Neck; his children; Frank of Brooksville, Fl., Angela Gregorio and her husband Robert of Colts Neck, Liz Menicucci and her husband Michael of Interlaken and Loriann Cavaliere of Staten Island; a sister Loretta Salerno; his beloved grandchildren Frank, Joseph, Jaclyn, Vincent, Daniel, Nicole, Heather, Samantha, Nicholas and Michael and his great grand-children Brooklynn, Mackenzie and Joseph.

Per the family’s request all services will be private.

To leave a condolence, you can first sign into Facebook or fill out the below form with your name and email. [fbl_login_button redirect="https://wbhfh.com/obituary/arthur-cavaliere/?modal=light-candle" hide_if_logged="" size="medium" type="login_with" show_face="true"]
×