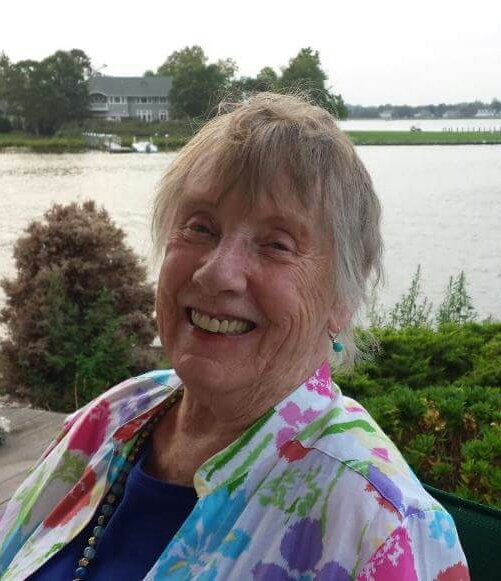 Barbara Joan Roberts, 82, of Atlantic Highlands passed away at the Riverview Medical Center in Red Bank on Monday morning, July 13th, 2015, with her son and daughter by her side. Born in East Orange, NJ on March 26th, 1933, Barbara was the second child and only daughter of Elizabeth Cowell and Harry Barnes of Bloomfield, NJ. Her father died when she was a child, and Barbara remained in Bloomfield with her mother for several years before they both left to live in England, Elizabeth's homeland. Eventually returning from England with a pleasant trace of an accent, Barbara was quickly employed as a flight announcer at Newark Airport, and the position led her to meet Walter Roberts, whom she married. She and Walter later moved to Holmdel; Barbara worked as a receptionist for several doctors and lived in the area for 32 years, even after Walter's death, before settling in Atlantic Highlands. She spent 25 years in the apartment they both had wanted, where she thrived among friends and family who cherished her every day until her passing. Barbara was constantly immersed in her community. She was a former vestry member at St. Mary's Episcopal Church in Keyport, a volunteer at the Chamber of Commerce in Atlantic Highlands, a member of the Atlantic Highlands Senior Citizens, and a member of the Atlantic Highlands Historical Society. She was a reliable friend on whom her neighbors could depend for all varieties of assistance, from transportation to cheerful company. Despite her frequent claims to the contrary, Barbara had a beautiful voice and enjoyed singing at any presented opportunity. She loved to travel, often spending part of the year in Florida with family, and she effortlessly made new friends wherever she happened to be. Barbara was predeceased by her parents, her husband Walter, her brother Norman, and her son Mark. She is survived by her son Paul, her daughter Donna, Paul's wife Jeanne, Donna's husband Dean, a grandson Devin, granddaughters Julie and Brooke, several grand-dogs and grand-cats, and countless friends. Visitation will be held Friday from 3:00 to 7:00PM at the Holmdel Funeral Home 26 South Holmdel Road, Holmdel. In lieu of flowers, the family would appreciate a donation to either the Food Bank of Monmouth County or the Atlantic Highlands Historical Society.

To leave a condolence, you can first sign into Facebook or fill out the below form with your name and email. [fbl_login_button redirect="https://wbhfh.com/obituary/barbara-j-roberts/?modal=light-candle" hide_if_logged="" size="medium" type="login_with" show_face="true"]
×