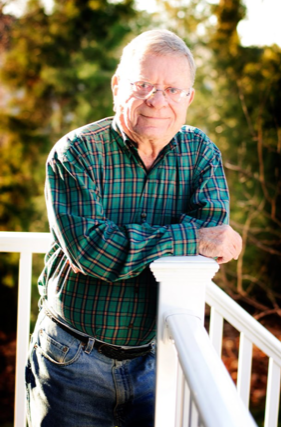 Barnett Singer, 97, of Boca Raton (formerly of Long Branch), passed away peacefully in his sleep at home on September 7, with his daughter, Laurie, by his side.

Barnett was born in Brooklyn on May 23, 1922 to Nathan and Bessie Singer. After high school graduation he enlisted in the United States Air Force, where he served in WWII in Europe and was honorably discharged at the end of the war.

He married Susan Beigelman in 1946. They were married for 51 years until her death in 1998. He is survived by his 3 loving and devoted daughters, Alexa Singer-Telles & her husband Mark, Laurie Singer and Mindy Brady & her husband Michael, one granddaughter, Cari Ellen Hermann & her husband Dale and great-granddaughters Shayla and Jadyn Hermann. He was adored by all of them and countless others. He was pre-deceased by his younger brother, Albert, in 2017. In later life, he was blessed with the gift of another love, Gloria Gottsegen, and her children Paul and Abby, with whom he spent 12 wonderful years. They travelled the world together until her death in 2015.

Barnett was a professional photographer in his early years, an insurance agent, and a nursing home administrator, but his most rewarding profession came after he graduated from Brookdale College at the age of 64 and became a Job Coach for the ARC of Monmouth until his and Susan’s move to Florida in 1995. In Florida, he worked as a substitute teacher in special needs classrooms.

His spirit of volunteerism was shown in many ways. Among others, he volunteered for many years at Monmouth Medical Center and in Florida for Special Olympics. He also gave his time to nature education and protection causes.

Of all his accomplishments he was most proud of his children. He was our very own super-hero and will be missed every single day. He was deeply connected to his son-in- law, Mark, who initiated him as a beloved elder in the Hepwa Creek Men’s Council in California.

If anyone wishes, donations can be made in memory of Barnett to Special Olympics- Florida, Palm Beach County, 2728 Lake Worth Road, Lake Worth, FL 33461, www.specialolympicsflorida.org/palm-beach/.

To leave a condolence, you can first sign into Facebook or fill out the below form with your name and email. [fbl_login_button redirect="https://wbhfh.com/obituary/barnett-singer/?modal=light-candle" hide_if_logged="" size="medium" type="login_with" show_face="true"]
×