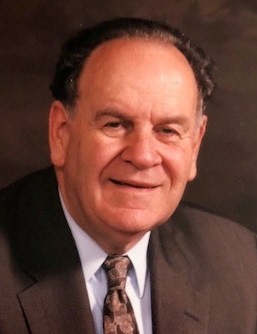 Benjamin T. Forester, 81 of Colts Neck passed away at his home on Sunday, Sept. 16.

He was born in Winchester, MA, he and his family settled in Colts Neck in 1970. Ben was the President of Rex Lumber, Englishtown, a family run company, which was more than a job – it was his passion. Extremely active in the Hardwood industry and served on the board of the National Hardwood Lumber Association. Ben retired on Sunday, when he died.

Ben served on the Colts Neck Board of Adjustment for over 20 years, was a member of the Township Committee, serving twice as Mayor. He was an active member of the Colts Neck Sports Foundation, where he enjoyed coaching, refereeing, and overseeing the baseball umpires. He was a Cubmaster and a committee chair with the Cub Scouts.

Ben enjoyed being with his wife, of 55 years, and family at their home in Colts Neck and especially at their beach house in Avalon, NJ. Ben was an avid Connect 4 player who enjoyed beating kids of all ages. Ben’s grandchildren were his great joy. He also enjoyed watching his New England Patriots.

In lieu of traditional gifts contributions to Globe Santa https://globesanta.org/secure/Donate.aspx in Ben’s memory would be appreciated.

To leave a condolence, you can first sign into Facebook or fill out the below form with your name and email. [fbl_login_button redirect="https://wbhfh.com/obituary/benjamin-t-forester/?modal=light-candle" hide_if_logged="" size="medium" type="login_with" show_face="true"]
×