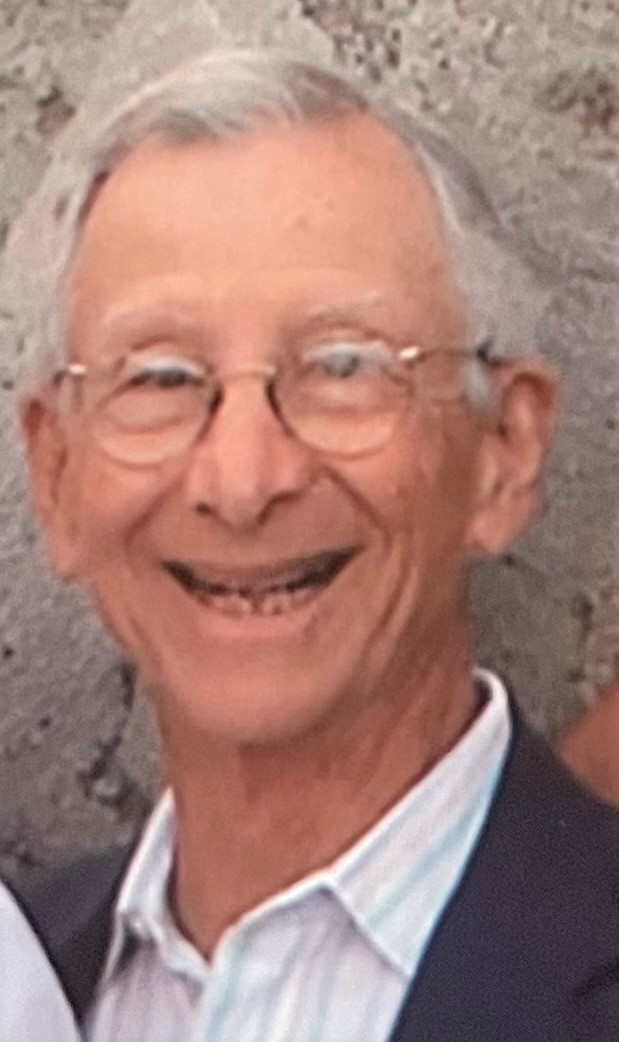 “Bud” Natelson, son of Benjamin and Florence Natelson, was born and raised in Elizabeth. After attending Blair Academy, he studied English and attained a Bachelor’s Degree from Yale University, class of 1950.  While working as a cub reporter during a college summer vacation on the Jersey Shore, he met the love of his life and wife of 71 years Arleen Grant.  They married in June 1950, settled in Fair Haven, and a short time later moved to their home on Laurelwood Dr. in Little Silver, where they lived for 57 years before retiring to the Alderbrook community.

Bud’s father and uncles expanded their North Jersey based family clothing chain by purchasing J. Kridel on the corner of Broad and Front Streets in downtown Red Bank, naming Bud the managing exec.  With the help of loyal and devoted employees and customers, the store prospered and Bud was named President of the 6-unit chain, which gradually transitioned to be known simply as Natelsons.   He played a leading role in many civic organizations, served on the Board of Directors at Riverview Medical Center, and was instrumental in the development of downtown Red Bank.

Collaborating with local artist and long time employee Ruth Campbell, Bud developed for the business a unique advertising style, emphasizing charcoal sketch and clever copy.  Despite working long hours in retail, Bud followed this artistic muse to enjoy sculpting, welding, and sketching in his off hours. He also was an avid reader, particularly of biographies.

A long time member of Congregation B’nai Israel in Rumson, Bud enjoyed learning there, attending services, participating and leading committees, and earning the love and respect of many among the congregation. Arleen and Bud centered their active social life around their long time membership at Navesink Country Club, where Bud enjoyed golf, tennis, and quietly nurturing customer relationships.

To leave a condolence, you can first sign into Facebook or fill out the below form with your name and email. [fbl_login_button redirect="https://wbhfh.com/obituary/bernard-h-natelson/?modal=light-candle" hide_if_logged="" size="medium" type="login_with" show_face="true"]
×