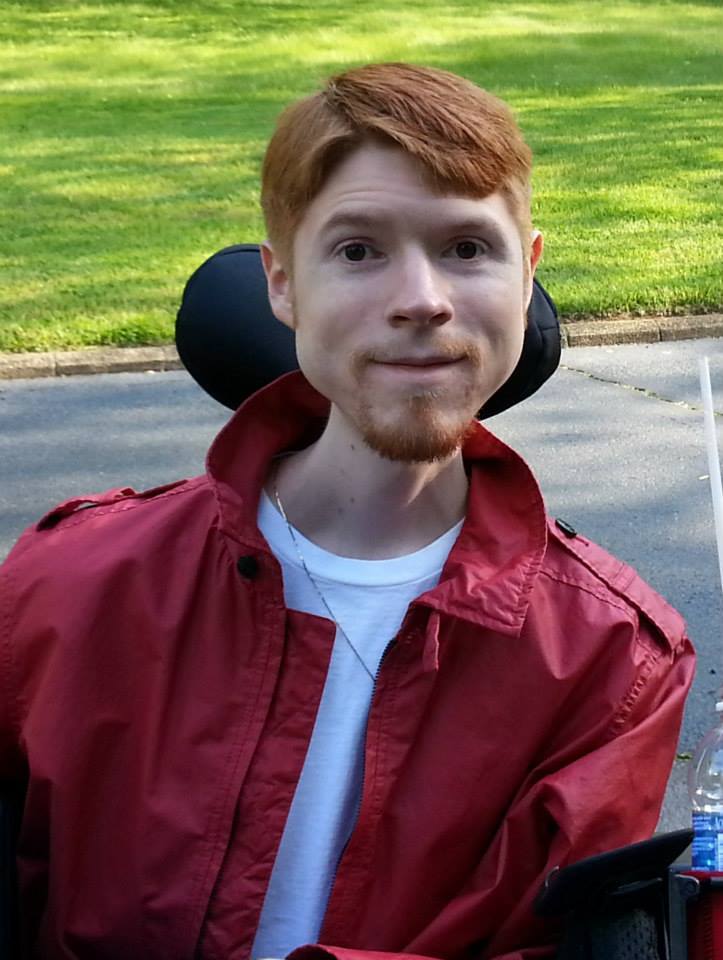 Brian Peter King, a film writer and critic from Holmdel, New Jersey, died peacefully on July 11, 2015, at the age of 28 with his family at his side.

At age 6, Brian was diagnosed with Duchenne Muscular Dystrophy, an incurable disease that progressively breaks down all of the body’s muscles. Brian was a lifelong resident of Monmouth County, first in Keyport and later in Holmdel. He graduated from the Holmdel school district in 2006 and participated in student talent shows and productions including ‘Grease,’ where he and his wheelchair were incorporated into the choreography. Brian served as assistant manager of the Holmdel High School basketball team and was a summer camp counselor for the Holmdel Recreation Program. A graduate of Edinboro University, he received his bachelor’s degree in Mass Communication and Journalism in 2010. Edinboro provided critical support that enabled Brian to fully participate in college life while being confined to a wheelchair. Brian was the founder and editor-in-chief of the online publication ‘King of Film.’ His reviews and articles also appeared in other publications and websites, including Blogcritics.org, SonicEclectic.com and Examiner.com. As an avid Chicago Bulls, Brooklyn Nets and New York Mets fan, Brian enjoyed attending sporting events, concerts, lectures, and especially movies. In 2011, he had the good fortune to meet and speak with Roger Ebert, the long-time film critic of the Chicago Sun-Times. Ebert, who lost the ability to speak after contracting thyroid cancer, was an inspiration to Brian, and encouraged Brian to pursue his efforts to write about movies.

While Brian encountered limitations with his disability, Brian’s focus was on his abilities. Assisted by caregivers, including his parents and an extensive network of aunts and uncles, Brian was a strong personal advocate for the disabled and described his political philosophy as ‘peace, love and harmony.’ He understood the important contribution made by the caregivers in his life, including Cookie, Marsha, Jen, Cesar and Curtis. He was forever grateful to the Holmdel Police Department for the extraordinary measures they took to ensure his mobility and safety after power was lost in Holmdel as a result of Super Storm Sandy. His family is most appreciative for the compassionate response and care that the Holmdel First Responders and the Bayshore Community Hospital Emergency Room demonstrated in the final hours of Brian’s life.

Brian was thankful for every day and remained active and engaged in life until his death. Although his body was weak, his family and friends were forever humbled by his generosity of spirit, courage, devotion to those he loved and cherished, and uncommon appreciation for the glories of life. His was a rare spirit, combining a wry wit, an acute mind, along with a quiet but strong sense of purpose. Brian was a man of remarkable gifts, which will be remembered and treasured by all who knew him, including his extended family and wide circle of friends, all of whom have inconsolable hearts that have been broken by his passing.

Brian was a direct descendant of John Guild, who came to America in 1632. He was predeceased by his maternal grandparents Rita and Edward McCarron, by his paternal grandparents Ottilie and Henry King, and by his uncles John R. King and Patrick A. King. He is survived by his loving parents, David and Katherine McCarron King of Holmdel; brother Sean and his wife Kaitlin and their children Eamon, his godson, and Emma of Red Bank; brother Stephen of Arlington, VA; sister MaryEllen of Holmdel; his step-grandmother Patricia Poe King, 38 aunts and uncles and more than 70 cousins.

Visitation in celebration of Brian’s life will be held Wednesday, July 15 from 5-9 PM at the Holmdel Funeral Home, 26 South Holmdel Road, Holmdel, NJ. The Funeral Mass will be held Thursday, July 16 at 10 AM at St. Benedict Catholic Church, Holmdel, NJ. In lieu of flowers, donations can be made ‘In Memory of Brian King’ to Edinboro University, Office of University Advancement, Alumni House, 2nd Floor, 210 Meadville Street, Edinboro, PA 16444.

To leave a condolence, you can first sign into Facebook or fill out the below form with your name and email. [fbl_login_button redirect="https://wbhfh.com/obituary/brian-p-king/?modal=light-candle" hide_if_logged="" size="medium" type="login_with" show_face="true"]
×