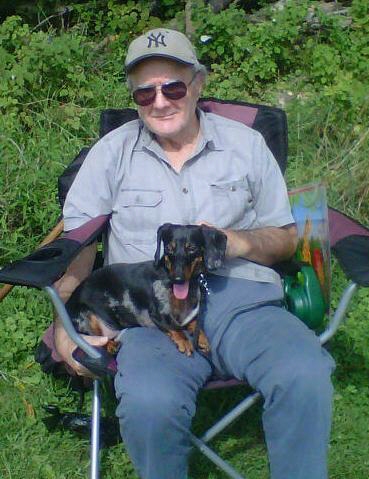 Carlo F. Colombino, 75 of Point Pleasant passed away Monday, October 3rd at Monmouth Medical Center. Carl was born and raised in Newark and lived in Point Pleasant most of his adult life. Before retiring, Carl was a self-employed builder specializing in restoration and renovations. Carl also worked as a security guard for Seneca Security. Carl was a sports enthusiast. He was a standout baseball and football player at his high school, holding several records in football. Carl played semi professional football. He was an avid Yankees & Giants fan. This caused many an exciting and oft times raucous afternoon especially when they were losing. Family was most important to Carl; he lived for his children and grandchildren. He loved nothing more than to support his kids. Whether it was playing baseball or football or cheerleading he was their biggest fan. Later in life he marveled at his youngest son, Zackâ€™s musical talent and his intelligence. Carl found the special talent in each of his children and nurtured that. He always made each of them feel special. Surviving is his wife, Lynne Siedentop, his children Carlo & Christine Colombino, Tucson, AZ, Carolyn & Mike Vescovi, Brick, Christine Davoli, Barnegat, Anthony & Laura Colombino, Point Pleasant and Zackary Colombino, Point Pleasant; his brother & sister-in-law Ralph & Vicky Colombino, Point Pleasant; his sister-in-law Joyce Siedentop, Wall; his grandchildren Jake, Brian, Luke, Anthony, Nicholas, Victoria, Sophia, Julian & Alexander; his nephews Ralph & Artie, his nieces Beth, Jennifer and Stephanie; and several aunts, uncles, cousins and great nephews and great nieces. Visitation, Monday October 10th 4-8 pm at the Woolley-Boglioli Funeral Home, 10 Morrell Street, Long Branch. Funeral Service Tuesday October 11th 10:00 am at the funeral home. Interment to follow in Ocean County Memorial Park, Toms River. To share a favorite memory or messages of condolence, please visit Carlâ€™s Book of Memories at www.woolleyboglioli.com.

To leave a condolence, you can first sign into Facebook or fill out the below form with your name and email. [fbl_login_button redirect="https://wbhfh.com/obituary/carlo-f-colombino/?modal=light-candle" hide_if_logged="" size="medium" type="login_with" show_face="true"]
×