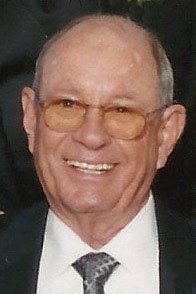 Born in New York, NY Charles lived in Freeport, Long Island prior to moving to Lincroft in 1972. Mr. Mangan worked for 27 years as a Personnel Manager for Sears Roebuck and Co. in North Bergen, NJ retiring in 1992. He was also the former owner of Lincroft Liquors from 1992 to 2002. Charles was passionate about his work with the handicapped and was a liaison to several rehabilitation organizations, most notably Fountain House in New York City. His efforts helped to employ many individuals and aided in the formation of a company-wide program at Sears Roebuck and Co.

Visitation will be held Monday from 7-9PM and Tuesday 2-4 and 7-9PM at the Holmdel Funeral Home 26 South Holmdel Road, Holmdel, NJ. A Mass of Christian Burial will be offered Wednesday 9:15AM at St. Catharine’s R.C. Church, Holmdel. Interment will be in Fair View Cemetery, Middletown. Donations may be made in Mr. Mangan’s name to Fountain House 425 West 47th Street, New York, NY 10036.

To leave a condolence, you can first sign into Facebook or fill out the below form with your name and email. [fbl_login_button redirect="https://wbhfh.com/obituary/charles-j-mangan/?modal=light-candle" hide_if_logged="" size="medium" type="login_with" show_face="true"]
×