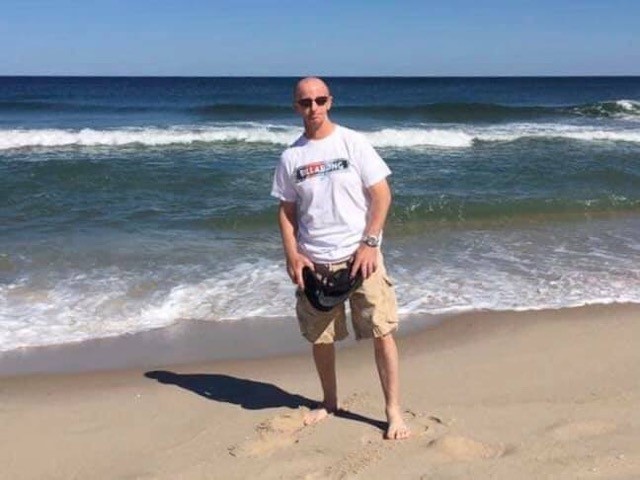 Christopher G. Spezio, 49, a citizen of the world residing in Toms River, NJ passed away on November 11, 2019 following a short and aggressive battle with cancer.

Chris was born in Brooklyn, NY and developed roots as a young boy residing with his parents, Gerard & Sandra Spezio, in Brooklyn & Rockville Centre, NY. He graduated from the Waldorf School in Garden City and went on to receive his Bachelor's Degree in Political Science from Washington University in Maryland. While attending Washington University, he spent two semesters studying in Australia, New Zealand, Fiji, and Hawaii. He was a long-tenured employee of Verizon, developing a successful career spanning more than two decades.

As a ten-year old child, Chris overcame a cancer diagnosis and became an eternal optimist in the process. He spent the next thirty-nine years living without fear of judgement, but rather, with unyielding dignity, authenticity, benevolence, curiosity, and conviction. His family, friends, and colleagues were lucky beneficiaries of the essence of Chris.

He loved travel, film, and sports. He was a devoted member of the Spezio family, particularly his immediate family, most notably his siblings, Spencer & Lilly. He was an avid fan of the New York Yankees, the Washington Redskins, and the Malmo Football Club. As only Chris could, he established a network of friends that became family in Sweden, and spent the vast majority of his vacation time visiting his Swedish second family, while also supporting his favorite Football Club. His spirit will live for eternity through moments of empathy, kindness, laughter, camaraderie, and essential fun— the principles at the foundation of an unforgettable man, Christopher G. Spezio.

He leaves behind his beloved family– his father and mother, Gerard & Sandra Spezio, of Madison CT, his siblings, Lauren Spezio, of Randolph, MA, and Spencer & Lilly Spezio, of Madison, CT. He is survived by countless aunts, uncles, cousins, and friends.

To leave a condolence, you can first sign into Facebook or fill out the below form with your name and email. [fbl_login_button redirect="https://wbhfh.com/obituary/christopher-g-spezio/?modal=light-candle" hide_if_logged="" size="medium" type="login_with" show_face="true"]
×