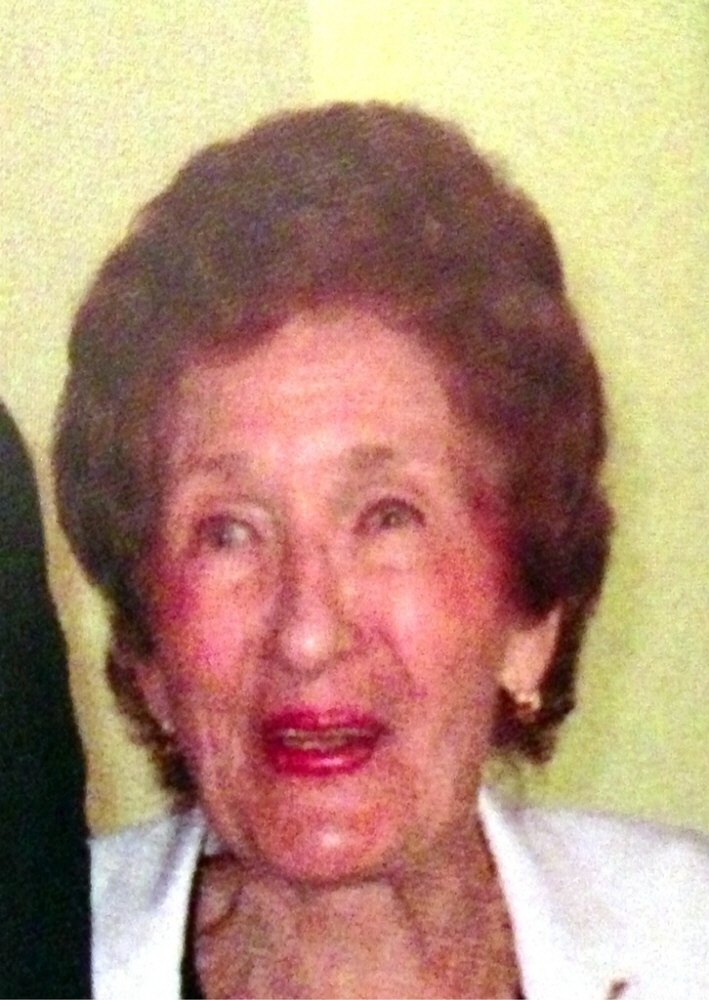 Dorathy Pelz Blaisdell, 91 of Long Branch passed away at her home, with her family by her side on Wednesday, June 19, 2013. Mrs. Blaisdell was born in Mahwah, NJ and lived in Long Branch since 1945. She was a graduate of Ramapo High School. Following high school, she worked briefly on Wall Street before joining the U.S. Marine Corp. with her two sisters and brother. She was stationed in Cherry Pointe, NC, where she met her husband, Melvin E. Blaisdell. She was honorably discharged as Sergent. They married in August of 1945 and moved to Long Branch. In the mid 1950's, she and her husband became the owners of the Norwood Agency. She operated the Agency with her husband and later with her son Frank until they sold the Agency in 2010. Mrs. Blaisdell was a member of the Deal Golf and Country Club, where she served on the Board of Directors, and was the membership Chair for many years. She was a member of the Deal 9 Holer's and the Deal Dolls bowling league. She also played in the Deal Bridge game for many years. In 2009 the Board of Directors of Deal awarded her an Honorary Membership for her many years of service to the club. She was an ardent fan of the Norwood Agency's softball team in the Long Branch Fireman's League 'She loved her boys', each year following the season Mrs. Blaisdell treated her team and their wives to a dinner in their honor. Mrs. Blaisdell was a founding member of the Family and Children's Services of Monmouth County, where she served for many years on the Board of Trustee's. Her husband Melvin E. Blaisdell died on June 9, 1976. Surviving is her daughter and son-in-law, Gayle and Tom Williams, Long Branch; her son and daughter-in-law, L. Frank B. and Lynn Blaisdell, Long Branch; her sister, Florence Gordon, Norwalk, Ct.; her five grandchildren and their spouses, Jonathan and Eileen Huhn, Jason and Miwa Williams, Dorathy and Elie Schwarz, Mary Lisbeth Blaisdell and Jocelyn and Greg Strong; two step grandchildren, Wade Shannon and Devin Cousins; her six great grandchildren, Sara, Aidan, Klaus, Ty, Leo and Eva. Visitation will be Monday, June 24th, 4 to 7 pm at the Woolley-Boglioli Funeral Home, 10 Morrell Street, Long Branch. At the request of Mrs. Blaisdell's family, her funeral and interment services will be private. Contributions in her memory may be made to the Long Branch Public Safety Equipment Fund, C/O Director Jason Roebuck, 340 Broadway, Long Branch, NJ, 07740. Please make checks payable to City of Long Branch, and state in the memo for 'Public Safety Equipment Fund', or the Long Branch First Aid Squad, 134 Belmont Avenue, Long Branch, NJ 07740. For messages of condolence please visit Mrs. Blaisdell's Book of Memories at www.woolleyboglioli.com.

Service:
Tuesday, June 25, 2013
At the request of Mrs. Blaisdell's family her funeral service will be private

To leave a condolence, you can first sign into Facebook or fill out the below form with your name and email. [fbl_login_button redirect="https://wbhfh.com/obituary/dorathy-pelz-blaisdell/?modal=light-candle" hide_if_logged="" size="medium" type="login_with" show_face="true"]
×