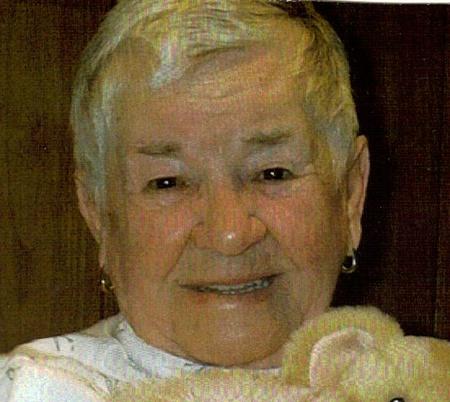 Dorothy J. Wolff (nee Klein), of Colts Neck, passed away Thursday April 21, at Centra State Hospital, Freehold. Dorothy was born January 20, 1916 in Newark to Frank and Mary Klein. She was one of eleven children. She resided in Cranford, until moving to Colts Neck in 1972. Dorothy was a member of the Bayley Seton League of Seton Hall Prep, Spring Lake Golf Club, The Meadows Golf Club (Sarasota Fla.), the Colts Neck Woman's Club and the Colts Neck Seniors. An avid golfer and fierce competitor, DJ was especially proud of her two holes in one, the first at age 70, the second at age 75. Dorothy was formerly employed at Koos Bros. Furniture, Rahway, while her husband Francis H. Wolff Esq. attended Seton Hall Law School. Dorothy is the loving mother of Ronald F. Wolff and his wife Wendy of Hamilton, Linda J. Mark and her husband Douglas of Davison, Michigan and son Gregory F. Wolff of Colts Neck. She is the dear sister of Helen Carney of Chatham, Edward Klein of Costa Mesa, Calif.and Robert Klein of Mountainside, a devoted grandmother of Ronald F. Wolff Jr. Freehold, Christa Rubino (Giovanni) Pequannock, Cynthia Fox (Donald) Jackson , MI and Brian Mark Columbus OH.and a cherished great grandmother of Giovanni, Emily and Marchello Rubino and Catherine, Ryan and Elizabeth Alice Fox. Dorothy will also be missed by her unconditional cockapoo Daisy, and formerly by Darla. Visitation will be held Monday from 2-4 and 7-9PM at the Holmdel Funeral Home 26 South Holmdel Road, Holmdel. A Mass of Christian Burial will be offered Tuesday 9:00AM at St. Mary's R.C. Church, Colts Neck. Interment will be in the Holmdel Cemetery In lieu of flowers, donations may be sent to The St. Jude Research Hospital 501 St. Jude Place, Memphis, TN 38105

To leave a condolence, you can first sign into Facebook or fill out the below form with your name and email. [fbl_login_button redirect="https://wbhfh.com/obituary/dorothy-j-wolff/?modal=light-candle" hide_if_logged="" size="medium" type="login_with" show_face="true"]
×