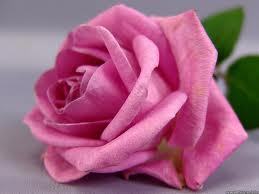 Dorothy passed away peacefully at her home on June 16, 2015. She was born Donata Civitano to Italian immigrant parents in Manhattan, New York City. She was the last of nine siblings to have survived. She graduated from Bryant High School in 1940 and gave up her dream of attending college to help support her family during the depression. Dorothy married Morris Schwartz in 1945 and happily spent 60 years together until his passing in 2005. She believed in service and worked as a Nurse's Aide and at the National Security Women's Corps during WWII. She also volunteered as an ambulance driver for the emergency squad at Holiday City in Toms River, NJ where she retired in 1984. During her lifetime, she was a valued employee working for a physician as well as a law practice, an accounting firm and later in the bursar's office at York College in Jamaica, Queens for fifteen years. Eventually Dorothy settled in Margate, Florida where she was active in her community at Oriole Gardens III, and belonged to the New Friends Group at the Senior Center. She took joy in spending time with her family, especially her grandchildren. Her gift was making people feel special with a crocheted treasure or teaching someone the art. She is survived by her son Hal and his wife Mary, her daughters Donna, Jo-Ann and her husband, Dennis, five grandchildren, Tracy, Michael, Christine, Douglas, Laura and one great-grandchild Anthony. Memorial visitation will be held on July 18, 2015 from 1:00-3:00 PM, service at 2:30 PM at Holmdel Funeral Home, 26 South Holmdel Rd, Holmdel, NJ. In lieu of flowers the family would prefer donations to St. Jude's Children's Hospital.

To leave a condolence, you can first sign into Facebook or fill out the below form with your name and email. [fbl_login_button redirect="https://wbhfh.com/obituary/dorothy-schwartz/?modal=light-candle" hide_if_logged="" size="medium" type="login_with" show_face="true"]
×