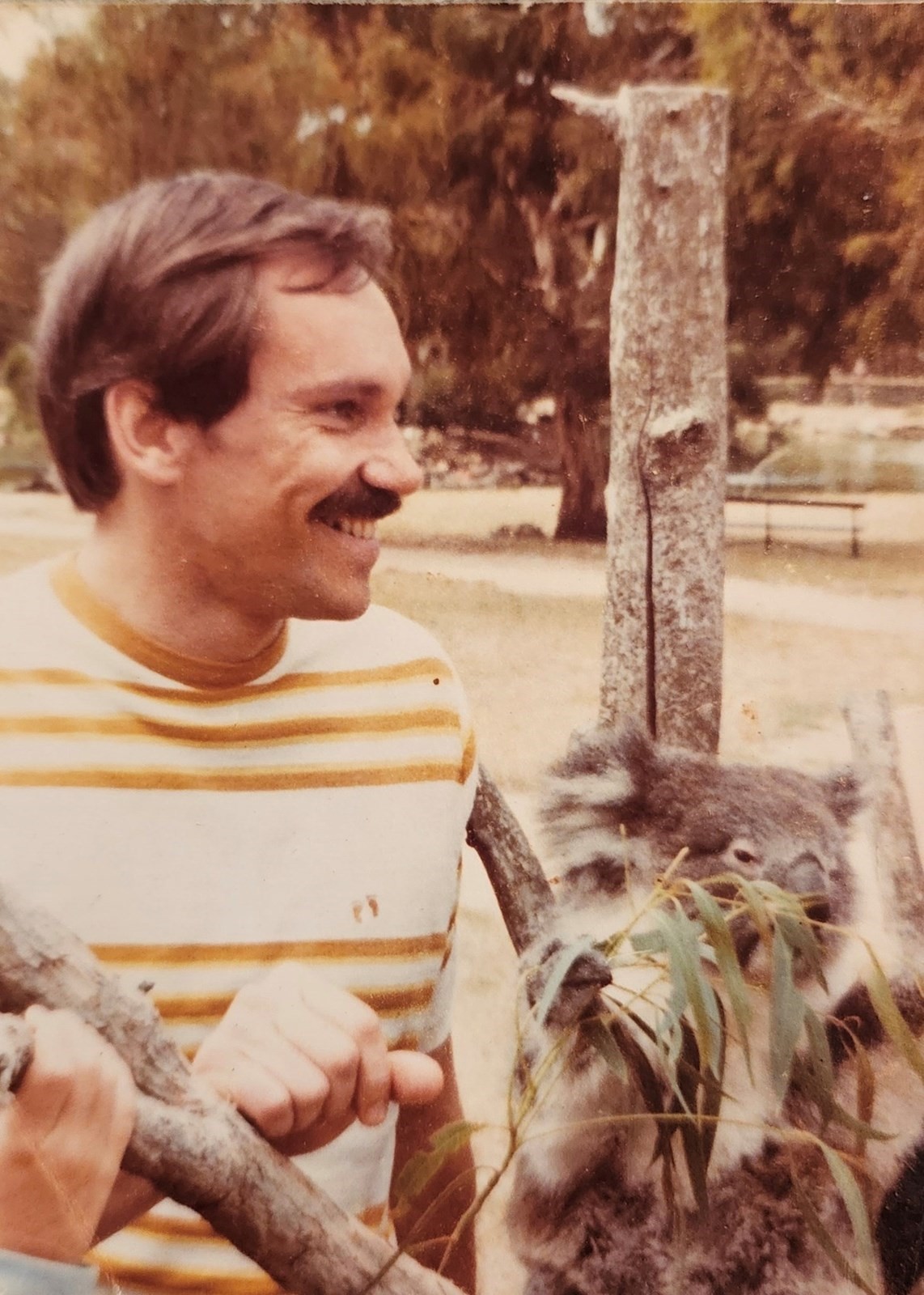 Dr. Leonard J. Forys, husband, father, step-father, brother, uncle, friend, mentor and adventurer followed his own path in life and that path often required him to hike over mountains and fly across the world. His generosity of spirit touched all that were lucky enough to know him. He was a larger than life, caring, joyful, enthusiastic, inspiring and brilliant man who loved life and lived it to its fullest, sharing it with anyone who crossed his path. He was also a gifted storyteller with the ability to captivate audiences big and small.

Born in Depew, NY to John and Julia Forys, he grew up working in his parent’s dry cleaning store, and excelled at both academics and athletics. In his spare time he cared for his younger siblings: John, Jerry and Denise. When it came time for Len to go to college, his parents assumed he would go someplace local – but the teachers (nuns) at his school said he should go to the finest university for a catholic boy: Notre Dame. While there he became fascinated with the rapidly developing field of electrical engineering, but also took any class that looked interesting – including Russian. After college he immediately went to the best place for an electrical engineer to get an advanced degree: Massachusetts Institute of Technology (MIT). Mid-way through his degree he decided to take a leap, and join his academic mentor who was moving to University of California, Berkeley to complete his PhD. Len arrived in Berkeley in 1965 and found not only a vibrant graduate program, but also a highly engaged community that was the epicenter of protests, free speech, and questioning traditions and norms…which he continued to do throughout his life.

Len completed his PhD in Electrical Engineering in only 3 years and wrote not one, but two theses in Control Theory and Communications Theory. In the meantime, he got married to his first wife, Susan, and had his first child, Elizabeth. He made the most of his time in California, hiking Yosemite and the Redwood forests, participating in protests against migrant worker conditions, and exploring the bay area.

After short-term positions at NASA and as an Assistant Professor at UC Berkeley, he made the risky, but adventurous move to leave academia and plunged into research at Bell Laboratories in New Jersey. Len embraced life in New Jersey, developing a passion for body surfing and sailing. He had his second daughter Jessica, and spent time in the summer with his family hiking in New Hampshire mountains.

At Bell, surrounded by incredible researchers, he flourished. He eventually became District Manager, Chief Scientist and Bellcore Fellow. He was the world expert in Call Center Scheduling as well as Overload Control for Telephone Switches and later, the Internet. During this time he married an accomplished Australian mathematician, Dr. Ronnie Potter, and became step-father to Kate and Jane. During this phase of his life he started exploring further – buying a house in Australia, and traveling to Europe where he hiked in France, Switzerland and beyond.

After retiring from Bellcore, Len launched his own firm, the Forys Consulting Group. During this period he collaborated with Ronnie on a National Science Foundation grant that looked into Optimal Classroom Scheduling, and then took everything he had ever learned and applied it as an Expert Witness in Telecommunications. Here he was in his element – he researched every case so well, and thought through every possible question they could ask. He became a sought after expert in many cases, including complicated patents.

Over the course of his life, his curiosity of cultures and faiths developed into deep meditative practice, a place of peace that he also found in music and art. He and Ronnie spent many evenings in their home enjoying all genres from opera to jazz to hip hop, anything that had a beat. They were often found taking in a Broadway show or performance at Lincoln Center in NYC. He was a gifted musician with a talent for accordion, piano and recorder.

He was also passionate about his football pool, Where the greatest minds in mathematics and physics from Stanford to Harvard used advanced game theory to predict the winners only to be beaten often by Ronnie and her intuition. He loved a good challenge!

He worked up until his 80th year, when he shifted his focus to spending time with Ronnie hiking the entire coast of New Jersey, sailing on his boat, and traveling across the USA to spend time with his 9 grandchildren: Iris and Jay Irby, Noah and Wyatt Litz, Delia and Will Hodak, Devan, Maxwell, and Grayson McGrath.

A Viewing will be held on Wednesday, August 31, 2022, at the Holmdel Funeral Home, 26 South Holmdel Road, Holmdel, NJ 07733, from 4-8pm. A Celebration of Life service will take place on Thursday, September 1, 2022, at the Lincroft Unitarian Universalist Church, 1475 West Front Street, Lincroft NJ, 07733. This service will also be live streamed for all of Len’s friends and loved ones, and a Reception will follow at The Barn on South Holland, 279 South Holland Rd, Holmdel, NJ 07733 at 1 pm.https://thebarnonsouthholland.com/

In lieu of flowers, please donate to the cause of your choice. A website has been created if you wish to share something about Len: https://leonardforys.muchloved.com/

To leave a condolence, you can first sign into Facebook or fill out the below form with your name and email. [fbl_login_button redirect="https://wbhfh.com/obituary/dr-leonard-john-forys/?modal=light-candle" hide_if_logged="" size="medium" type="login_with" show_face="true"]
×