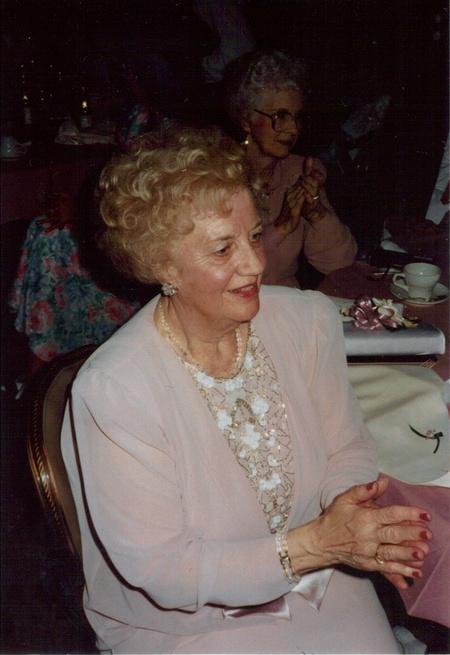 Elizabeth M. Condon, 88 of Holmdel died Friday at Riverview Medical Center, Red Bank. Born in Elizabeth, Mrs. Condon lived in Roselle Park prior to moving to Holmdel 53 years ago. Elizabeth was a former Executive Secretary for Bell Labs and was also a member of The Telephone Pioneers of America. Mrs. Condon was a parishioner of St. Catharine's R.C. Church in Holmdel, a member of the Holmdel Half Century Club, a former volunteer at the Monmouth County Blood Bank, and also an avid reader. She was predeceased by her husband Thomas Condon in 1974, a sister, Evelyn Delnero, and 2 brothers, Edward and Peter Johnson. She is survived by her 3 daughters Susan Condon of Holmdel, Virginia Shute, and her husband Raymond of Colts Neck, and Elizabeth Condon of Colts Neck, sister-in-law, Dorothea Johnson of Roselle Park, and several nieces and nephews.

To leave a condolence, you can first sign into Facebook or fill out the below form with your name and email. [fbl_login_button redirect="https://wbhfh.com/obituary/elizabeth-m-condon/?modal=light-candle" hide_if_logged="" size="medium" type="login_with" show_face="true"]
×