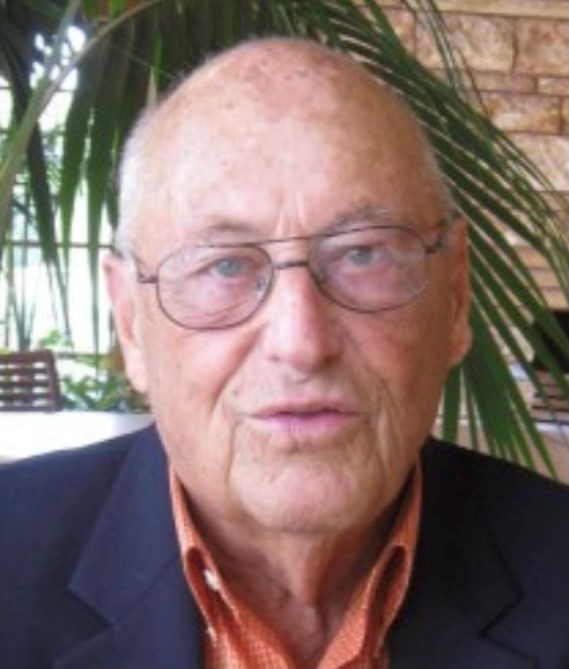 Elwood Baxter, a resident of Lakewood, New Jersey and Leesburg, Florida, passed away on August 16, 2022 at the age of 95. Born in Newark on February 12, 1927, he lived a full and active life to the very end, beloved by all who knew him.

After America entered World War II, he left high school at the age of 17 to enlist in the Navy. Elwood served on the USS Foote (DD-511) during the last year of the war in the Pacific. After the war ended, he qualified to serve on a submarine, and finished his active duty on the USS Spinax (SS-4809).

He obtained his GED while in the Navy. Thanks to the GI Bill, Elwood was able to attend and then graduate from Fairleigh Dickinson University while working and also supporting a wife and two children. His commitment to serving the community was unsurpassed. He served as Mayor of the Borough of Oceanport, a member of the Monmouth County Planning Board, Chairman of the Two Rivers Water Reclamation Authority, a member of the Monmouth-Ocean Development Council and a loyal member and generous supporter of the Friends of the Monmouth County Park System.

An avid boater, Elwood owned many boats throughout his life, and was a member of the Shrewsbury Sailing and Yacht Club, and the Captiva Island Yacht Club, where he was affectionately known as “Woody.” Never one to pass up an opportunity to socialize, he was a proud member of the Root Beer and Checker Club in Fair Haven, where he met with friends for lunch faithfully each Tuesday.

A successful businessman,  he formed – in the basement of the family home in Oceanport – what later became known as the E.L. Baxter Company, which specialized in the packaging requirements of industrial customers.

Relatives and friends are invited to call at the Woolley-Boglioli Funeral Home, 10 Morrell Street, Long Branch, NJ from 4-7 pm on Tuesday, August 23. The funeral will take place on Wednesday, August 24 at noon, at the All Saints Memorial Episcopal Church, 202 Navesink Ave., Atlantic Highlands.

In lieu of flowers, donations may be made to Friends of the Monmouth County Park System, 805 Newman Springs Road, Lincroft, NJ  07738.

To leave a condolence, you can first sign into Facebook or fill out the below form with your name and email. [fbl_login_button redirect="https://wbhfh.com/obituary/elwood-lincoln-baxter/?modal=light-candle" hide_if_logged="" size="medium" type="login_with" show_face="true"]
×