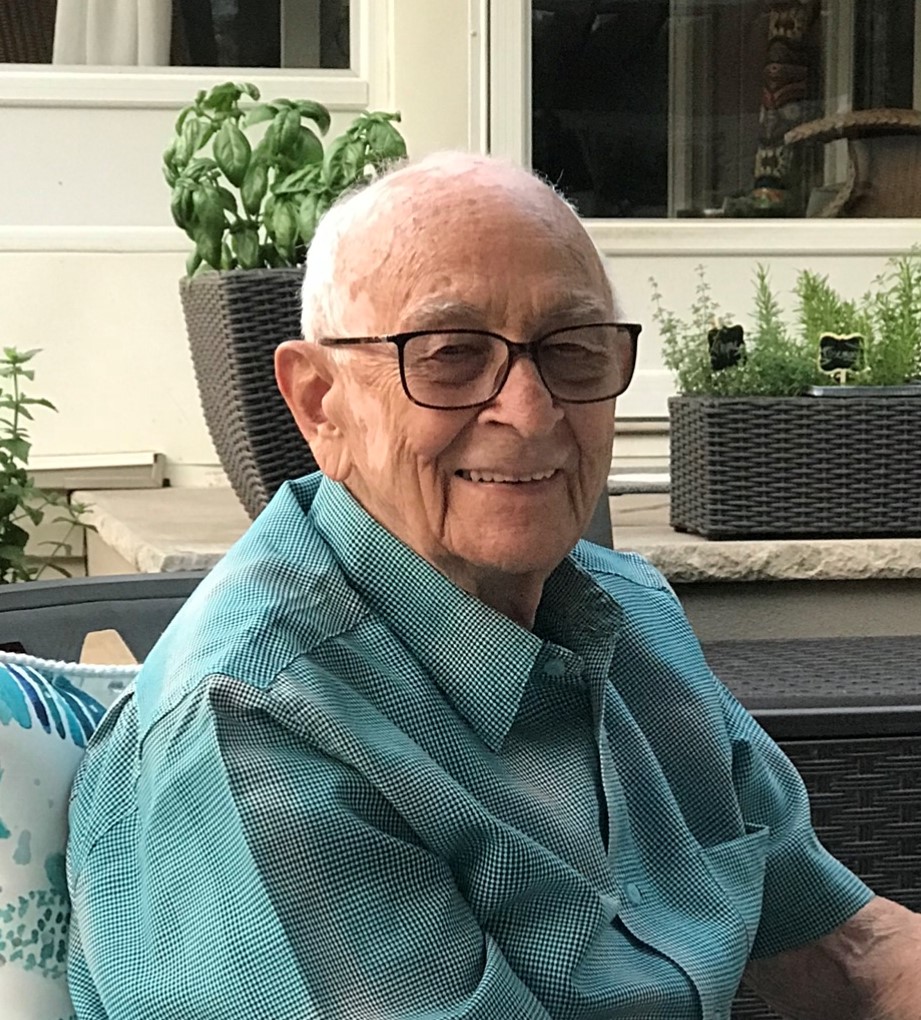 Frank was a loving husband, father, grandfather, and great grandfather. He is described as a Renaissance man, gentle and kind who adored his family. He led a full life cultivated by many different opportunities. After graduating high school, Frank was enlisted in the U.S. Navy, stationed on the USS Minneapolis, where he bravely served his country during WWII. After his military service he attended the Academy of Arts in Newark, where he studied advertising art and illustration. He had a career as a technical illustrator in New York City but later worked locally at Fort Monmouth as a program analyst until his retirement.

Frank was a skilled artist using various mediums. He specialized in photography, woodcarving but his passion was in watercolor painting. He was an elected member of the New Jersey Watercolor Society, a member of the Guild in Shrewsbury. Frank was a frequent exhibitor in art shows where he won various awards. He is the co-founder of Colwood Electronics with his brother Al where he was instrumental in designing a wood-burning tool. He enjoyed golf and he and Emily often played at Fort Monmouth and then in Florida where they had a retirement home. He appreciated music and enjoyed the old crooners especially Frank Sinatra.

Frank was predeceased by his loving wife of over 65 years, Emily and his son Mark. Frank and Emily married in 1950 moved to West Long Branch and raised their family. He is also predeceased by his three brothers Anthony, Victor, Albert and his sister Ann. His legacy will live on, however through his loving daughters Cynthia Brimer of Birmingham, AL and Lynn and husband James Gannon of West Long Branch, NJ; grandchildren Adam Brimer and his wife Carly of Huntsville, AL, Emily and husband Jason Vest of Birmingham, AL, Brielle and husband Casey Parent of Danvers, MA, and Rocco and Frank Gannon of West Long Branch, NJ; and great grandchildren Jay, Wyatt and Emilia. There are several nieces and nephews whose lives have also been positively inspired and influenced by Frank.

Frank’s family has chosen to celebrate his life on Saturday November 21st from 11:30am-1pm at the Woolley- Boglioli Funeral Home, Morrell St, Long Branch and a burial with military honors to follow at Woodbine Cemetery Oceanport, NJ. In his memory, in lieu of flowers, you may elect to make a donation to the St. Jude Children’s Research Hospital at www.stjude.org. To share a favorite memory or send a letter of condolence please visit Frank’s tribute page at www.woolleyboglioli.com.

To leave a condolence, you can first sign into Facebook or fill out the below form with your name and email. [fbl_login_button redirect="https://wbhfh.com/obituary/francis-m-frank-colaguori/?modal=light-candle" hide_if_logged="" size="medium" type="login_with" show_face="true"]
×