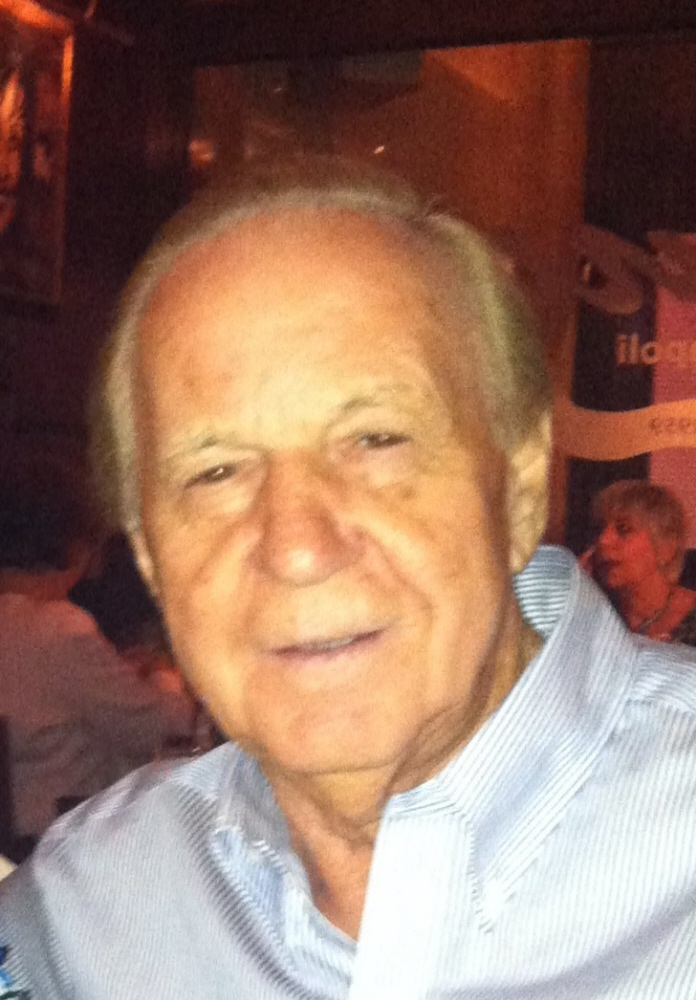 Francis P. Fabrizio, 82, of South Orange, passed away at Centra State Medical Center on August 22, 2015. Born in South Orange, Mr. Fabrizio lived in Florham Park for many years raising his family until settling in Jackson. He served in the United States Army, where he played on their professional baseball team for many years. After his service, he returned to South Orange and attended college courses in business at Seton Hall University. Mr. Fabrizio's was passionate about golf and known on the course as 'The Machine.' Throughout his lifetime, he achieved many awards as well as much acclaim and admiration for his skills. He was also an avid baseball and football fan enjoying his time off of the course to 'cheer' on his beloved Yankees and Giants. At a young age, Mr. Fabrizio was predeceased by his parents, Francesco and Michelina Fabrizio but remained closed to his six siblings. He is survived by the love of his life for 23 years Sondra Ross, son Stephen and wife Jill, son Francis and wife Valerie, daughter Susan and husband Mark and grandchildren Savannah and Lucas. He is also survived by his sister Phyllis and brother Sam. Visitation will be on Wednesday from 2 to 4 and 7 to 9 at the Holmdel Funeral Home 26 South Holmdel Road, Holmdel, NJ. A Funeral Mass will be offered on Thursday at 9:15 AM at Church of St. Catharine 108 Middletown Road, Holmdel. Interment will then follow at the Holmdel Cemetery 900 Holmdel Road, Holmdel, NJ. In lieu of sending flowers, the family would appreciate a donation to the charity of your own choice.

To leave a condolence, you can first sign into Facebook or fill out the below form with your name and email. [fbl_login_button redirect="https://wbhfh.com/obituary/francis-p-fabrizio/?modal=light-candle" hide_if_logged="" size="medium" type="login_with" show_face="true"]
×