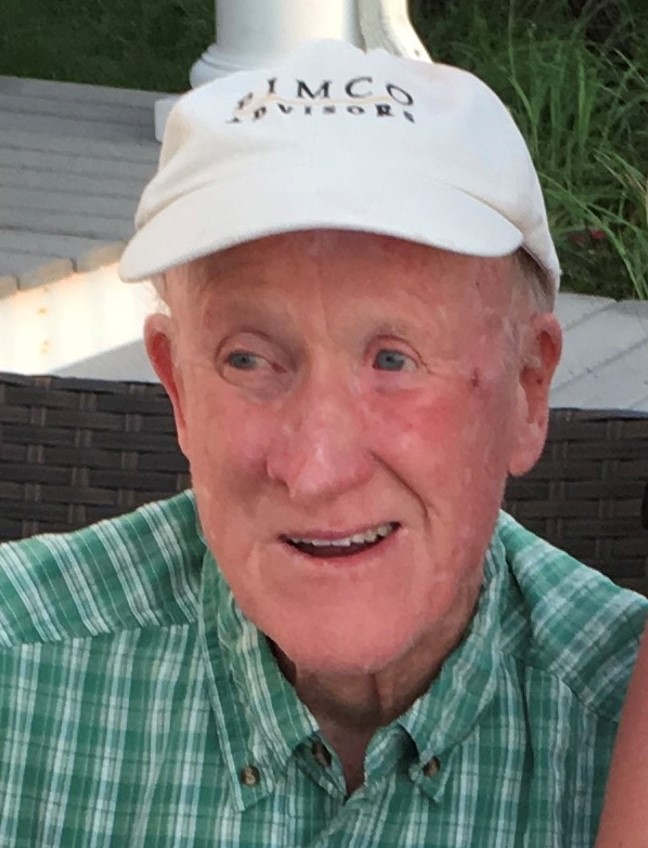 Frank J. Baker, 88, of Colts Neck, passed away peacefully Saturday, June 26th, at Applewood Medical Center, surrounded by the love of his family.

Born in Brooklyn, NY, Frank graduated from Brooklyn Prep.  He received his undergraduate degree from Villanova University and his MBA from New York University.  Frank served his country honorably, both active duty and the Reserves, in the U.S. Navy for 26 years, retiring as a Full Commander.  Frank had an enriching career beginning in advertising with SSC&B, then Colgate Palmolive; then made a career change to finance where he worked for Chase Bank and finally retired as a Financial Advisor with Wells Fargo Advisors, Red Bank at the age of 85. He loved his work, building long lasting relationships and calling many clients his friends.

Frank was a long-time resident of Colts Neck after moving there from New York. He was happy to raise his family in a place with tractors and farm stands. A believer in serving the community he cared so much about, Frank was a member of Colts Neck Recreation Committee for 36 years, where he served as Chairman for 24 years as well as serving on the Colts Neck Board of Education.  He was a parishioner of St. Mary’s RC Church, Colts Neck and a fixture in the front row of 10:30 mass with his family for years.

Frank loved to travel.  He took several trips to Africa, first for hunting then later with his wife and kids to share his love and respect for animals and nature. He instilled his passion for travel to his family and they enjoyed their annual trips to Ocean City, MD, Cruises and travelling extensively throughout the world. His curiosity and passion for adventure was contagious and now each of his children have inherited his travel bug.

Frank started playing golf with his father in Brooklyn and continued playing throughout his life.  He could often be seen walking the public courses at Hominy Hill and Shark River, and Sun Eagles at Fort Monmouth in snow, sleet, rain or shine.

Family was Frank’s primary focus.  He created many traditions; to name a few, going to the beach on Christmas Eve to build a fire and cook hot dogs, trekking into NYC for the annual Thanksgiving parade or dinner at the N.Y.A.C, of which he was a lifetime member, catching a Mets game at Shea on a whim and planning one on one trips to the Philadelphia Zoo or the DC monuments for each child. As stated in one of his favorite songs by Sinatra, “My Way”, Frank had no regrets.

To leave a condolence, you can first sign into Facebook or fill out the below form with your name and email. [fbl_login_button redirect="https://wbhfh.com/obituary/frank-j-baker/?modal=light-candle" hide_if_logged="" size="medium" type="login_with" show_face="true"]
×