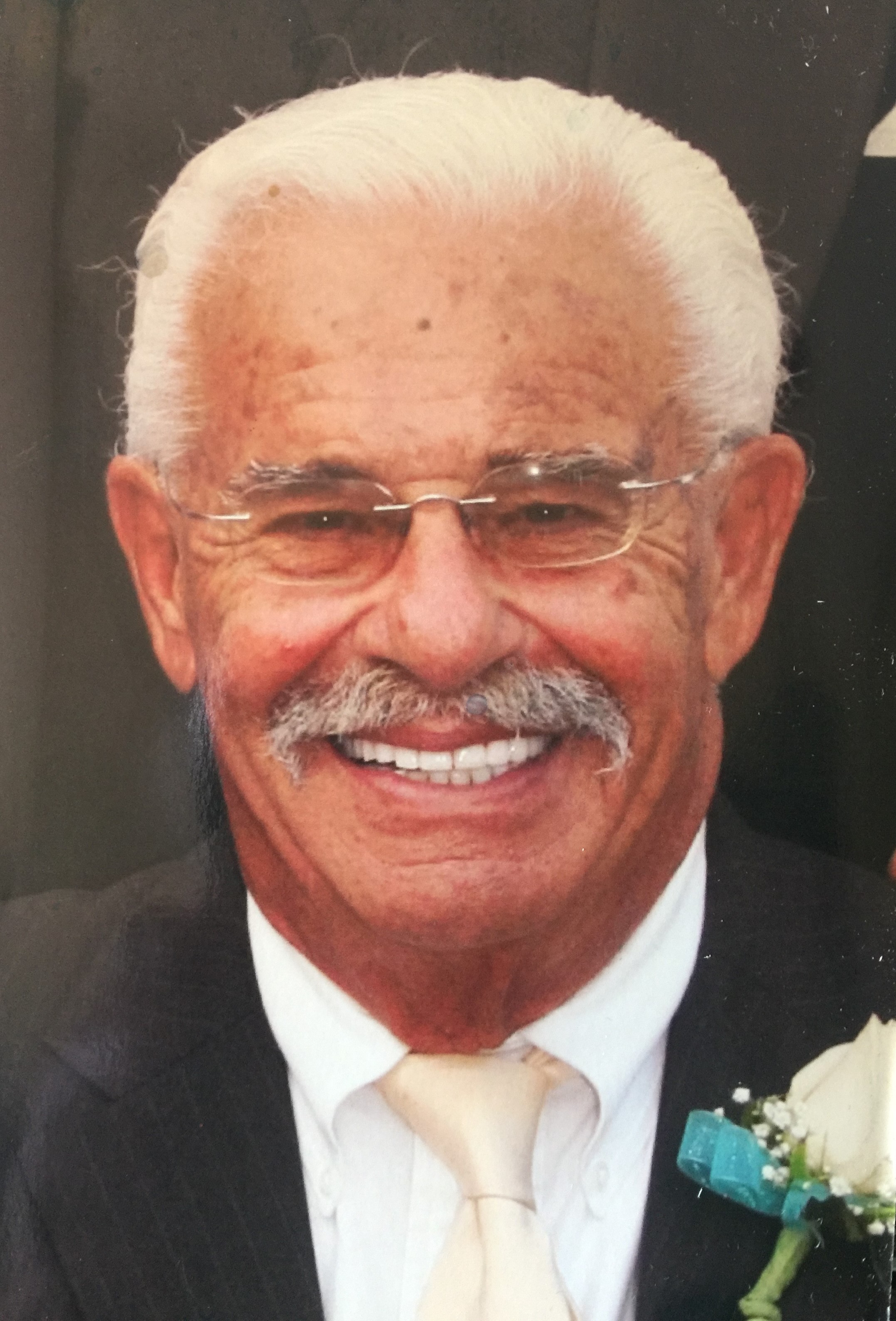 For the health and safety of all guests, current state and local health protocols of social distancing and the wearing of facemasks are being strictly enforced.

Frank Joseph Grieco, 93, lifelong resident of Long Branch passed away on January 24th in Florida at Hospice By The Sea.

Frank was predeceased by his father Frank J Grieco, his mother Carmel Grieco and his lovely sister Claire. His loving wife Marie died peacefully at home on January 30th to be reunited 6 days later with Frank in heaven.

Frank was born on November 20, 1927.  He grew up on 352 Willow Avenue in Long Branch and spent his early years learning trades from his talented father and family traditions from his wonderful mother.  He was surrounded by his cousins and friends who would, through the years, build many memories together that were passed onto many generations of family.

Frank attended Long Branch High School where he would play football, was a member of the golf team and most importantly where he met his high school sweetheart Marie. He got a football scholarship to University of Louisville and played semi pro football before being drafted. He was a graduate from the Merchant Marine Academy in 1945.  Once he was drafted to The United States Army, he boarded the Edmund B. Alexander, which was a U.S Army Transport Service vessel during World War II.  He made transport runs between the United States and Europe.  Frank was eventually stationed at the Schofield Barracks in Hawaii before returning home.

In 1951 he married Marie to begin his 70- year old love story filled with 7 kids, 15 grandchildren and 7 great grandchildren.

Frank or “Greek” worked many jobs in his life.  He worked for the town of Long Branch, E.L Baxter, Charms Candy and a Ranger at Glenwood Country Club.  His hobbies included painting, antique cars, playing golf, hanging with his friends at Millers Uptown and wood working.  His talents ranged from building eagles to his addition of the “Den” on 615 Irving Place; a place that anyone who knew the Grieco’s would call their second home.

As Frank got older, he valued his time spent in Florida and was a proud member of Old Orchard Golf Club. He loved being a part of his children and grandchildren’s lives and good old-fashioned Italian food.  His faith grew stronger as he shared the love of the Lord with his family.  His sister Claire was his guiding light as he was so proud of her journey as Catholic nun.  He was man of prayer, humble, loyal and selfless.

What Frank did, and what he loved, did not define who he was.  His family was his whole world;  whom he loved unconditionally. He is survived by his 7 children and their spouses: Frank J. Grieco, III and Carol Fornicola, Claire and Michael Dello Russo, Gail Acerra, Maryellen Grieco, Raymond and Alice Grieco, Christopher and Izzy Grieco, and John and Theresa Grieco.

Visitation Sunday February 7th 1-4 PM at the Woolley-Boglioli Funeral Home, 10 Morrell Street, Long Branch.  Mass of Christian burial Monday February 8th 10:00 am at Holy Trinity RC Church, 408 Prospect Street, Long Branch.  Burial to follow in Glenwood Cemetery.  For the health and safety of all guests, current state and local health protocols of social distancing and the wearing of facemasks are being strictly enforced.

The Zoppi from Ct

To leave a condolence, you can first sign into Facebook or fill out the below form with your name and email. [fbl_login_button redirect="https://wbhfh.com/obituary/frank-j-grieco/?modal=light-candle" hide_if_logged="" size="medium" type="login_with" show_face="true"]
×

For the health and safety of all guests, current state and local health protocols of social distancing and the wearing of facemasks are being strictly enforced.