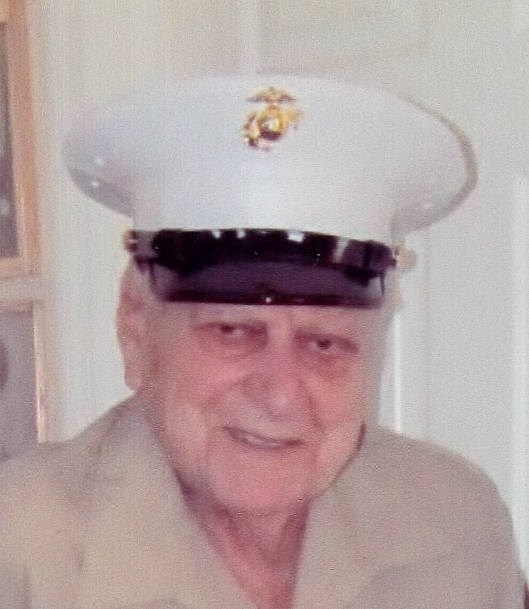 Fredrick E. Annitto, 94 of West Long Branch passed away on Saturday, June 1st at his home, surrounded by his family. Freddie was born and raised in Jersey City; he enlisted in the U.S. Marine Corp and served in World War II as a Corporal before being Honorably Discharged in 1945. After being discharged from the Marine Corp. he married, Theresa Terry Vanarelli and they moved to Long Branch. Freddie opened Fredrickâ€™s Beauty Salon, on Third Avenue, Long Branch which he operated until his retirement in 1984. He was a life member of the Long Branch VFW Post # 2140 and a life member of the Long Branch Elks Lodge # 742. He was pre-deceased by two sons, Jimmy Annitto in 1998 and Louis Annitto in 2007. Surviving his wife of 68 years, Terry Annitto; a daughter and son-in-law, Patty and Reggie Mikolon, West Long Branch; his two grandchildren, Rob and Kaylee Mikolon; his daughter-in-law, Christine Annitto Haynes, Toms River. Celebration of Freddieâ€™s Life will be, Saturday, June 8th, 12 noon at Reformation Lutheran Church, Broadway and Locust Avenue, West Long Branch. Contributions in memory of Freddie may be made to the Reformation Food Pantry, 992 Broadway, West Long Branch. For messages of condolence please visit Freddies Books of Memories at www.woolleyboglioli.com.

To leave a condolence, you can first sign into Facebook or fill out the below form with your name and email. [fbl_login_button redirect="https://wbhfh.com/obituary/fredrick-e-annitto/?modal=light-candle" hide_if_logged="" size="medium" type="login_with" show_face="true"]
×