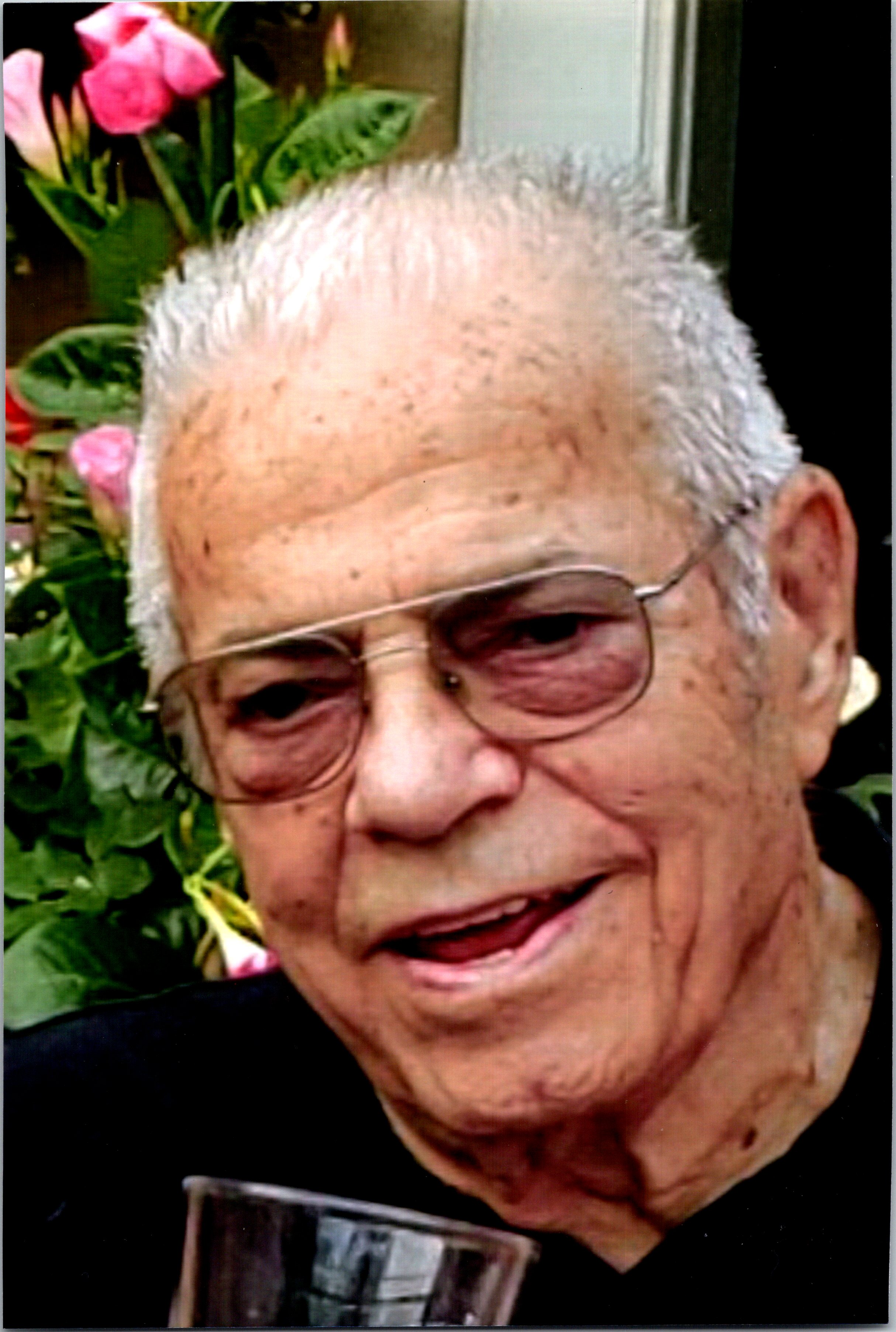 It is with a heavy heart that we announce the passing of George A. Sperling, Jr. on Monday, February 22nd at home with his family after a short illness.  He was a beloved and devoted husband, father, pop, uncle, friend, and neighbor.  George and his wife Monica were married for 63 wonderful years all spent in the home in Oceanport that he built with the help of his friends.  They were near constant companions since they were introduced at the Bath Ave Beach in 1953.

George will be remembered by all who knew him for his integrity, strong character, and honesty.  George was born in Long branch on June 1, 1929 where he lived through his high school years before settling in Oceanport with his wife, Monica.  George played high school football for Long Branch with great pleasure and enthusiasm to the extent of holding onto his senior year game ball from RBC versus Long branch, a 6 to 6 tied game.  He was an Army veteran and he proudly served in the Korean War. After completing his service, he returned home to a career of 46 years, with his brother, in the United Association of Plumbers and Pipefitters Local 9.  George retired as a business agent while remaining an active union member and supporter.

George will be remembered for his amazing altruism and selflessness.  In recognition for heroic actions, he received a plaque from Eatontown for rescuing a fellow citizen from a burning vehicle in complete disregard for his own safety. He remained in contact with the woman he saved and kept every card she sent him.

George will also be remembered by his family and friends for his love of clocks, antiques, and history.  He spent countless hours collecting, restoring, and displaying more than 350 clocks and antiques in his home.   They were dear to his heart and all that knew him enjoyed his infectious enthusiasm for antiques. George also was passionate about boating and fishing.  He loved being on or near the water and relished his many days at sea along the coast with his family, especially his cousins.

One of his great joys in life was his love for dogs, he proudly bred many litters of boxers and bulldogs.  George was always happy to aimlessly drop a treat on the floor or share lick of his ice cream with his beloved four-legged companions.  George also loved sharing the fruits of his labors from his incredible vegetable garden where he took great pride in his big Zach tomatoes, cucumbers, eggplant, and more.  Along with his vegetable garden, his yard was beautifully adorned with hydrangeas, peonies, and dahlias from hundreds of bulbs that he tirelessly planted every year.

George’s greatest legacy is his love for his family, especially his wife, Monica, children, and grandchildren.  He was an integral part of their day to day lives and will be greatly missed.

George was predeceased by his son, Gregory, his brother, Tom and beloved parents George and Alta Sperling.  Surviving is his loving wife, Monica, his children Jeff, Mary, and Scott, and his grandchildren, Samantha, Garrett, Luke, Christopher, Olivia, Hailey, Tyler, Jordan, Greer, Grady, Gaven, Natalie and Liam, his daughter-in-law Lori, and his son-in-law Shane.  Close to his Heart are his many nieces and nephews.

Due to COVID-19, services will be private.  Arrangements are entrusted to the Woolley-Boglioli Funeral Home.  For messages of condolence, please visit George’s page of tributes at https://wbhfh.com/obituary/george-a-sperling-jr/.

In lieu of flowers, the family requests a donation in his honor to Soldier’s Angels at www.soldiersangels.com.

To leave a condolence, you can first sign into Facebook or fill out the below form with your name and email. [fbl_login_button redirect="https://wbhfh.com/obituary/george-a-sperling-jr/?modal=light-candle" hide_if_logged="" size="medium" type="login_with" show_face="true"]
×