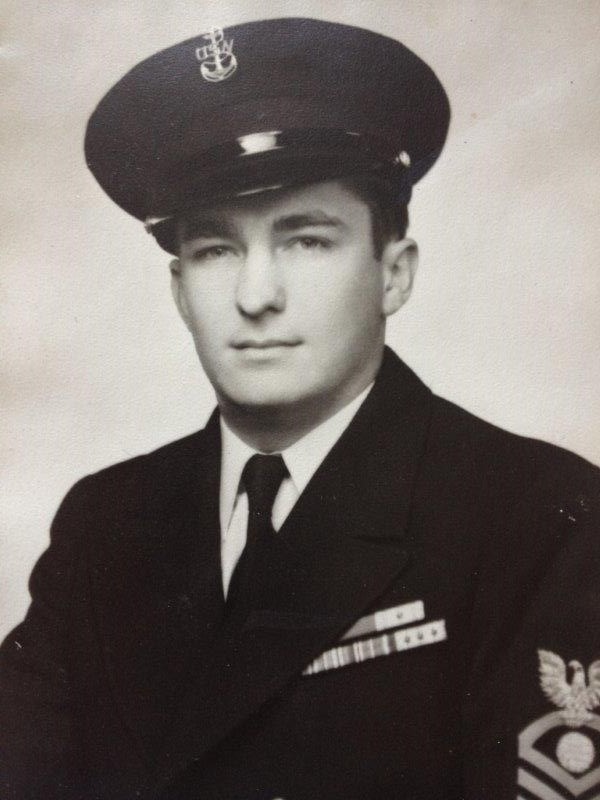 George Fessler, 95, of Tinton Falls (formerly of Colts Neck), passed away on Friday, August 30th surrounded by his children. He was born in West Chicago, IL to Frederick Fessler and Lilley Elliott on September 26, 1923. George left high school early to join the Navy and serve his country during World War II. While in the Navy, he earned his GED. He served on the USS Neville providing electrical engineering services, electrical training to other sailors and rose to the rank of Chief Electrician’s Mate. After being honorably discharged from the Navy, he attended the University of Minnesota, earning his bachelor’s degree in Electrical Engineering. He married his high school sweetheart, Lanore, and moved to New Jersey to raise his family, eventually settling in to Colts Neck in 1962 where they lived until 2011. George spent more than 30 years as an engineer for Bell Labs helping to develop many current day communication systems.

George was a very active member of the Colts Neck community serving as the Planning Board Chairman for many years and serving on the township’s Shade Tree Commission. He loved the rural feel of Colts Neck and fought hard to keep it that way as much as possible.

Fishing and gardening were two of his passions, but most of all, he loved his family and was very proud of each and every family member. He spent many family vacations at Eagle Camp on the shores of Lake Champlain in Vermont which combined his love of spending time with family with some fantastic fishing. 9:00 on the dock on the dot!

He is predeceased by his parents, his loving wife of over 70 years, Lanore, and his brother, Frederick. Surviving are his sister Lois Howland (AZ); his three children Susan Frank (NJ), Joan Fenza (PA) and Michael and his wife Beth (NC); six grandchildren Kimberly (NJ), Christopher (TX), Luke (NJ), Wesley (NJ), Erik (VA) and Andrew (London); and three great-grandsons Tyler (NJ), Brendan (TX) and Sean (TX). He has one more greatgrandchild on the way.

George was often a man of few words, but when he used them, he made them count. He had a quick wit and left us with many fond memories. Wah widdy!

In lieu of flowers, please consider making a charitable donation to the Alzheimer's Association at www.alz.org in George’s name.

To leave a condolence, you can first sign into Facebook or fill out the below form with your name and email. [fbl_login_button redirect="https://wbhfh.com/obituary/george-edward-fessler/?modal=light-candle" hide_if_logged="" size="medium" type="login_with" show_face="true"]
×