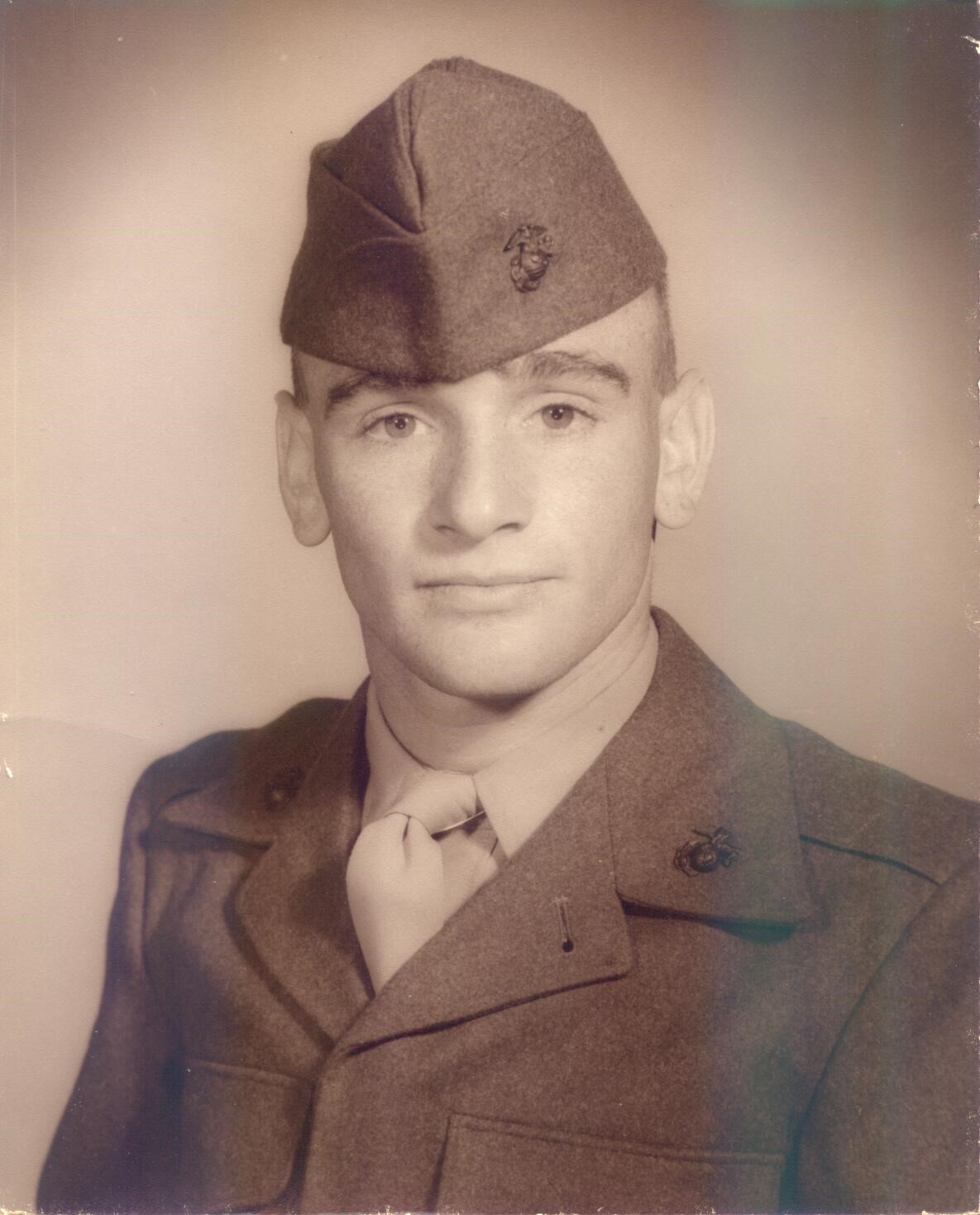 George was born and raised in Long Branch, New Jersey.  He joined the United State Marine Corps in 1959 and was honorably discharged in 1979; attaining the rank of Gunnery Sergeant.    He was then transferred to the Fleet Marine Reserve, serving for another 10 years.  He officially retired from military service in 1989.  During his time as a Marine, he had been stationed in Okinawa Japan, Camp LeJeune, North Carolina, the Philippines, and Marine Corps Air Station Kaneohe Bay, Hawaii amongst many other locations throughout the world.  He completed multiple combat tours of duty during the Vietnam War.

Shortly after his discharge from the United States Marine Corps, he began working for the United States Department of Defense as an instructor for the Driver Training School at Fort Monmouth; teaching military and civilian personnel defensive driving techniques.  He left the driving school and became a Logistics Assistance Representative at CECOM – Fort Monmouth.  In December of 1991 he completed a nearly three-year assignment in Seckenheim, Germany.  During that time he was deployed to Saudi Arabia and Kuwait during Operation Desert Shield/Storm where he earned the Commanders Award for Civilian Service.  In 1995, he retired from the Department of Defense.  In further service to his community, George was a volunteer firefighter with the Long Branch Fire Department, Neptune Hose Company #1 for a brief period in the early 1980’s.

He exemplified the Marine Corps mantra of improvise, adapt and overcome.  Despite the challenges he face, he tackled them head on – never letting them hold him back.  George was a devoted husband; committed to caring for his wife.  He was a loving and supportive father, grandfather and brother.  He enjoyed fishing, working on projects around the house, exploring various hobbies and riding his motorcycle when he could.  He was a role model for all.

He was predeceased by the love of his life, Anne-Maire Marra Cattelona.  They were married for 48 years.  His parents Nicholas A. and Eleanore Cattelona, brothers Nicholas J. and Ronald Cattelona and brother-in-law Conrad Russo.  He is survived by his daughter Barbara Anne Cattelona.  Son Nicholas and his wife Samara.  Their children, Pop-Pop’s adoring grandchildren, Shane and Evette.  His siblings – Catherine “Winkie” Cattelona Russo, James Cattelona and his wife Sandra, Carol Cattelona Ruggiero and her husband Rick, his sisters-in-law Joann Mangogna Cattelona and Barbara Marra Migliaccio, and his many cherished nieces, nephews, and godchildren.

To leave a condolence, you can first sign into Facebook or fill out the below form with your name and email. [fbl_login_button redirect="https://wbhfh.com/obituary/george-james-cattelona/?modal=light-candle" hide_if_logged="" size="medium" type="login_with" show_face="true"]
×