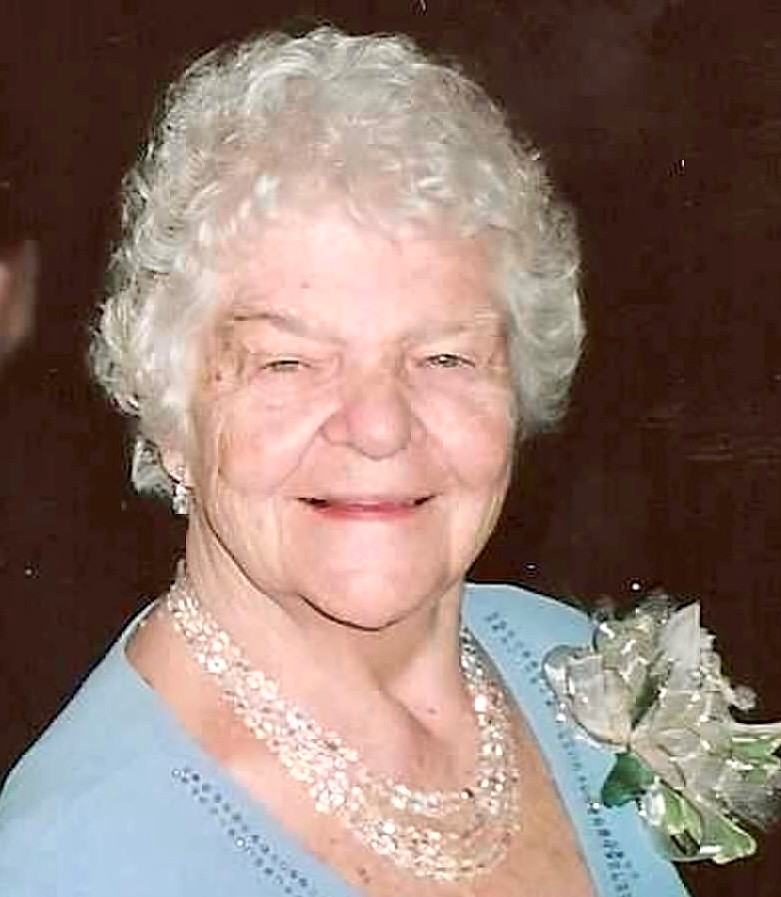 She was born January 26, 1928 to Edward and Leila Bryan in Leonardo, NJ. She was a 1945 graduate of Middletown High School. She married Julius E. Zweig in 1950 and was married for 71 years until his death last year.

She worked many years for the telephone company until they had children in 1955. When Julius Zweig bought the accounting business from Irving Ansky in 1970, she returned to employment along side her husband as a secretary and bookkeeper.  They retired in 2018 at the ages of 92 and 90 respectively.

Georgianna went by many names. Some called her Georgie, some Anna, some George-anna, but she was Mom to Sandra Sambucci, Eugene (Kelly) Zweig, and Susan (Joseph) Banner.  She was Nanny to Laurie (Jon) Maccri, Kristina Sambucci and her husband Brian Evans, Alix (Owen) Eastwood, Christopher Zweig, Joseph Banner, Rachel (Jeremy) Miciche, and Joshua Banner.  She was More Nana to Andrew, Anthony, and Melanie Maccri and Camille Evans. She is also survived by many nieces and nephews who she loved dearly as well. She is predeceased by her husband, Julius Zweig, and her parents and siblings: Theodore Bryan, Katherine Daum, Clifford Bryan, Lois Bryan, and Dorothy Frohnhoefer and son-in-law Richard Sambucci.

She was married at the Lutheran Church of the Reformation, West Long Branch where she has been an active member since 1950. Services will be held there on Friday September 2nd at 10 am.  Family visitation and viewing will be on Thursday September 1st from 3-7pm at the Woolley-Boglioli Funeral Home, 10 Morrell Street in Long Branch.

She was an avid crocheter who made many hundreds if not thousands of blankets for the Linus Project as well as christening blankets and other things for her church, her family, and her friends. In lieu of flowers money can be sent to the Lutheran Church of the Reformation 992 Broadway, West Long Branch, NJ 07764 or Samaritan Hospice at SamaritanNJ.org/Donate.

To leave a condolence, you can first sign into Facebook or fill out the below form with your name and email. [fbl_login_button redirect="https://wbhfh.com/obituary/georgianna-zweig/?modal=light-candle" hide_if_logged="" size="medium" type="login_with" show_face="true"]
×