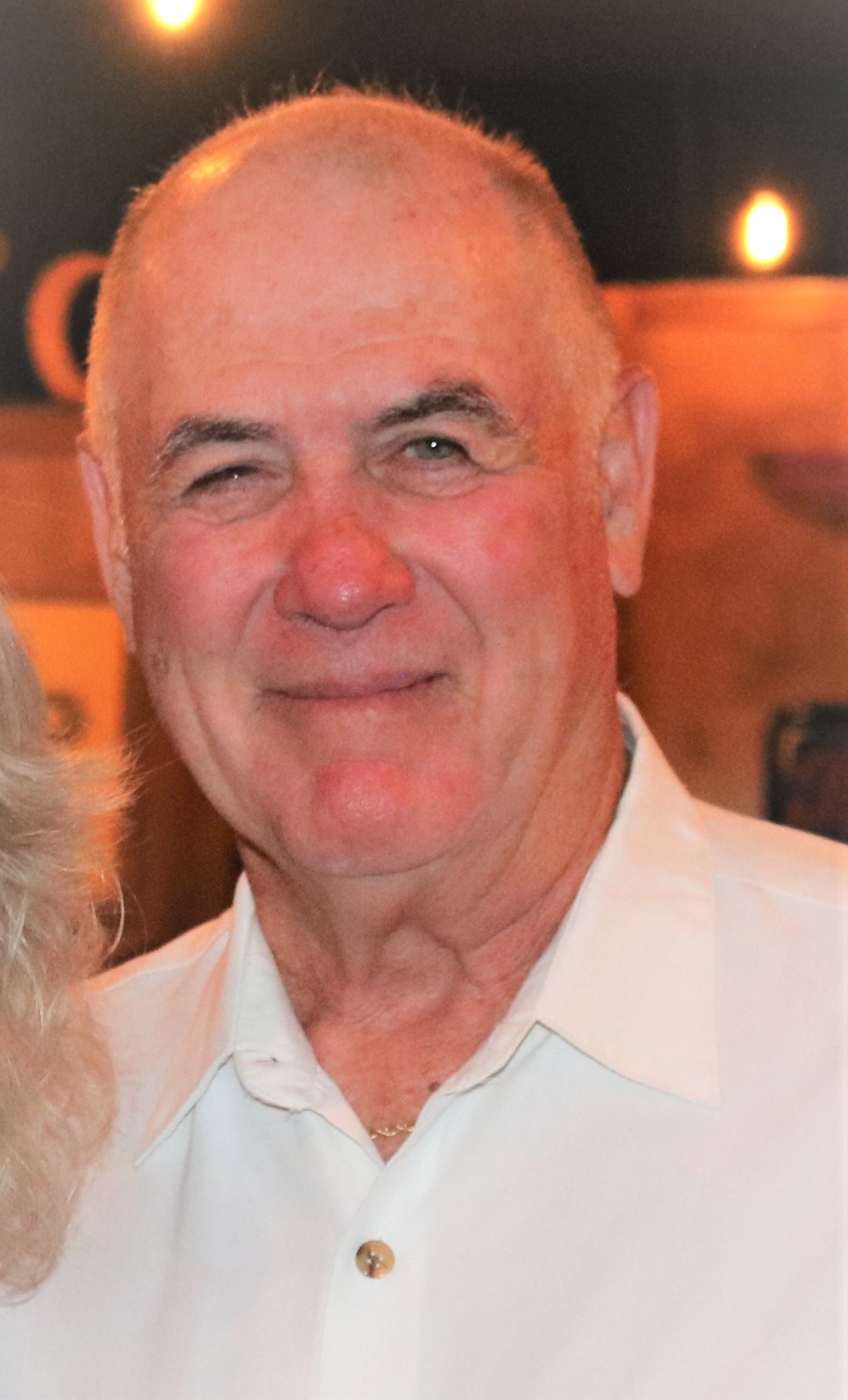 Gerald Lee Howell of Monmouth Beach passed away at age 72 on May 17th after a short illness.  Jerry is survived by his adoring wife Robin (Danielson) Howell.  Also surviving are his son Brian Howell (Jess) of Bristol TN, his daughter Lindsey Howell of Runnemede, NJ and 5 grandchildren Laken, Ledger and Luke Howell, Hayley and Paxton Thompson.  Jerry’s children and grandchildren are deeply saddened by his passing and will cherish their loving memories of their Dad and Pop-Pop forever.

Jerry was predeceased by his parents Albert and Pearl Howell who provided a warm home and wonderful childhood in River Plaza for him and his 3 siblings Larry (Mary) Howell, Candy (Mike) Soden and Sandra (Rich) Burner.  Jerry’s brother predeceased him. 7 nieces and nephews will treasure great memories of their Uncle Jer.

Also predeceased are in-laws Robert and “Marge the Sarge” Danielson who loved Jerry dearly.  Their 3 sons and their families will miss Jer each in their own special way.  Robert, Debi and Etta from KY enjoyed spending summer vacations with Jerry; Roger, Christopher and Sandra loved spending holidays with him; and Rick appreciated all that Jer did for him.

Robin and Jerry built a wonderful life together filled with deep love, laughter, and friendship for 27 years.  He loved living in Monmouth Beach and treasured the charming home they shared.  Jerry’s kind and smiling eyes made Robin’s heart melt.  He reminded her so much of her father.  He will always be Robin’s guiding light.  Jerry’s love for Robin was strong and true.

Jerry owned and operated his own business, Uncle Jer’s Home Repairs, hence the nickname “Uncle Jer.”  He had the right tool for every job.  He was an extraordinary carpenter and handyman whose customers quickly became his friends.  Even when not working, he spent his time putzing around in his workshop.  Jerry is now the Handyman in the Sky!

His best friend Bart lovingly says that his pal never spoke a harsh word and freely gave his time to help others.  There is not a person in this world that that didn’t like his buddy.  He made his friends his family.

Among “The Grub’s” greatest joys and hobbies was being a gear-head back in the day.  He also had fond boyhood memories on Shadow Lake in boats and on ice skates with the River Plaza Gang “The Head,” “The Growth” and “The Bear.”  Numerous Elsie’s subs were part of the fun.

More recently, he took pleasure in having coffee at the beach and B.S.ing with his buddies “Mr. Happy” and “The Big Red Hammer.”

Jerry was a proud veteran of the U.S. Naval Air Reserves.  Flipping burgers at the MB Fireman’s Fair was a labor of love and appreciated by the community that he enjoyed.  Jerry took pleasure in handyman work for Todd at Barnacle Bill’s.  He and Robin were “Friday night regulars” enjoying food, music and laughs with many high-spirited friends.

Jerry and Robin deeply appreciate the outpouring of love and support from many special friends…not just during these difficult times, but throughout their lives.

A special celebration to honor Jerry’s life will be held in the fall so those who cherished him can raise a Yuengling, an LIT or a PB&J in his memory.

To leave a condolence, you can first sign into Facebook or fill out the below form with your name and email. [fbl_login_button redirect="https://wbhfh.com/obituary/gerald-lee-howell/?modal=light-candle" hide_if_logged="" size="medium" type="login_with" show_face="true"]
×