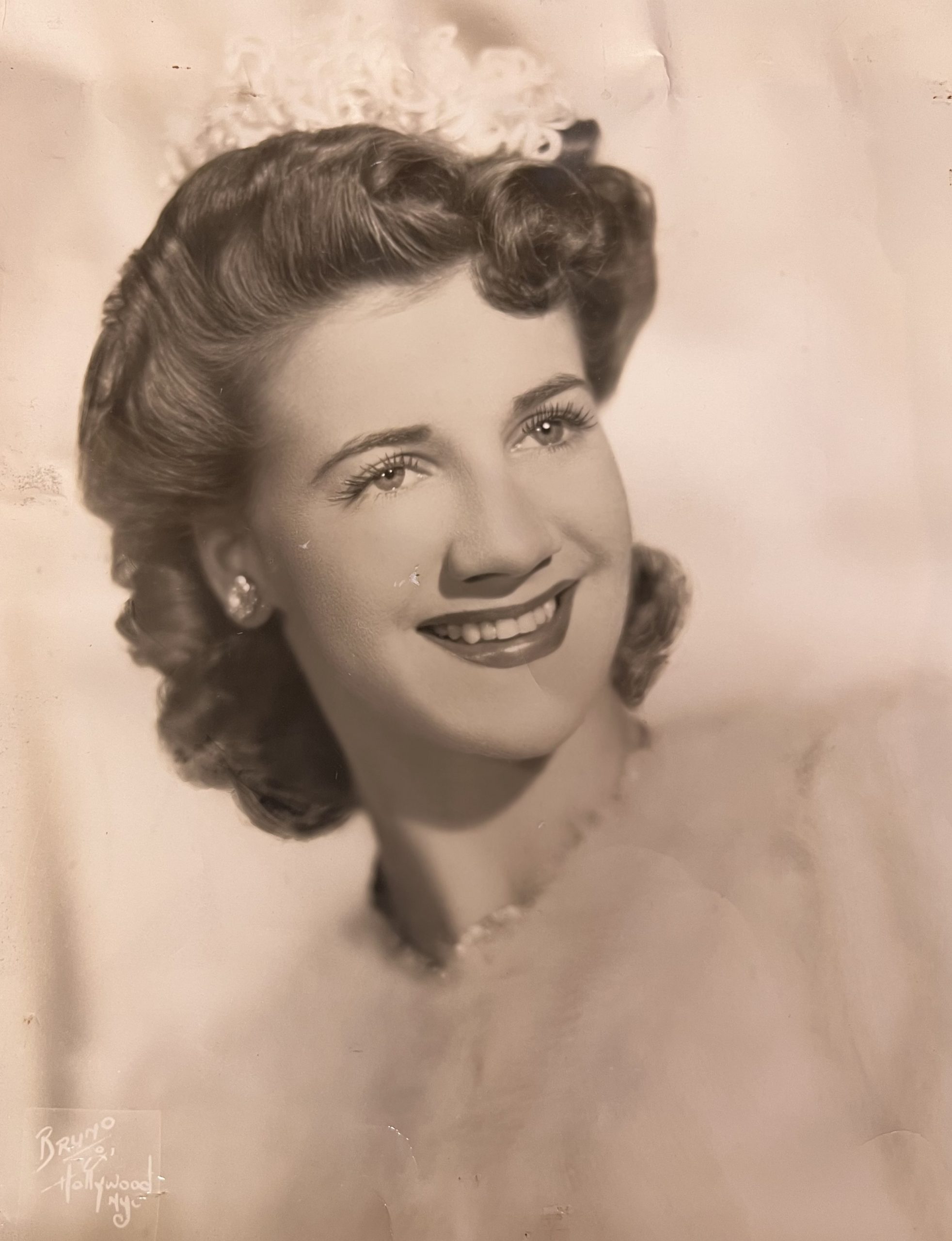 She was born in Scranton, PA to the late Eleanor and John Curtis Rosler.

Helen began to dance at a very early age and was astonishingly talented in tap, ballet and acrobatics in which she won a first-place award in dance at The Texas Centennial. She continued her love of dance while moving with her family to Texas, Los Angeles, St. Louis, Missouri, and Louisville, KY. While in St Louis she auditioned and was hired at age 15 to be a dancer at St. Louis Municipal Opera. Russell Market, who recruited outstanding dancers, spotted her and asked her to become a Radio City Rockette in NYC.

Helen was not only a Radio City Rockette, but was also the dance captain/solo dancer at only 19 years old for various Broadway shows- By Jupiter, and Du Barry Was a Lady. During WW II , as part of the war effort,  she danced with the USO with Ray Bolger (the scarecrow in The Wizard of OZ,) and was head secretary to the general at the army base where her husband was stationed.

After the war, she opened her own dance studio, The Helen Butleroff Dance Studio, which bloomed into an enormously successful school with recitals at Carnegie Hall and Lincoln Center. She was one of the first live TV choreographers on NBC-TV’s “The Children’s Hour” for 7 years.  She taught many famous stars – Brooke Shields, Gregory Hines (as a child) and children of celebrities such as Donald Sutherland and Eisenhower’s grandchildren. Her love of teaching dance and love of children emanated from her very soul. Her daughter often said, although an only child, that her mom Helen was mother to so many of her students guiding them not only in dance but fruitful life choices. Her students adored her.

Once retired she and her beloved husband. Freddie. traveled the world to almost every nation in Europe, and in addition, South America, China and they went on many cruises. On a trip to Israel, she told her family and friends, she felt so moved in viewing the Stations of the Cross.

Later in life, Helen became the treasurer of various groups she was a member of, including Monmouth Symphony, Deborah Hospital, and the Women’s Club.

She is predeceased by her parents, her husband, Fred Caronna, brother John “Jack” Rosler, and family cat, Sheba.

Surviving is her daughter, Helen and her husband Dr. Robert Leahy of NYC, and her cat, Lili.

Visitation Thursday, August 11 from 2-4pm and 7-9pm at Woolley-Boglioli Funeral Home, 10 Morrell Street, Long Branch. A Mass of Christian Burial will be offered on Friday, August 12 at 10:30am at St. Michael’s Church, 800 Ocean Avenue, Long Branch. Entombment will follow at St. Catharine’s Cemetery, The Lady of Mercy Mausoleum in Sea Girt NJ.

Helen’s family asks with gratitude that traditional floral remembrances be sent to the funeral home, or memorial contributions in her name be made to Monmouth County SPCA; www.monmouthcountySPCA.org.

To leave a condolence, you can first sign into Facebook or fill out the below form with your name and email. [fbl_login_button redirect="https://wbhfh.com/obituary/helen-r-caronna/?modal=light-candle" hide_if_logged="" size="medium" type="login_with" show_face="true"]
×