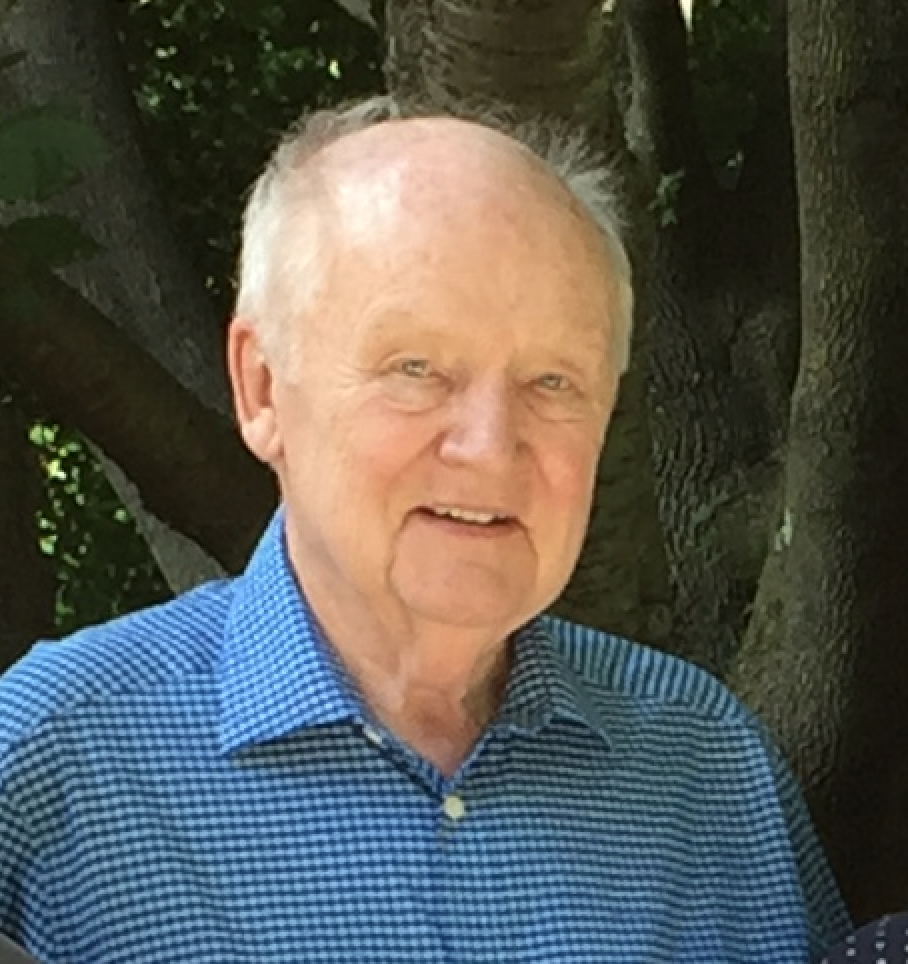 Born on Staten Island, NY in 1933, he spent his early years in Stapleton neighborhood with his parents and younger brother.

After graduating from Curtis High School, Herb attended Wagner College where he received a degree in chemistry.  Drafted into the US Army upon graduation, he met his future wife Gail “Bunny” Birdsall on his first leave after bootcamp and returned to serve as telegraph operator during the Korean War.  Shortly after returning home, he began his career and married Bunny at Trinity Lutheran Church. They settled in the Westerleigh neighborhood of Staten Island raising three children before moving to Holmdel, NJ in 1979.

Upon being honorably discharged he began his career as a chemist for Colgate Palmolive in the Jersey City manufacturing plant where he was involved in many of Colgate’s product development activities.  After a few years he relocated to the NYC Park Avenue office, earned his MBA from New York University and moved to Colgate’s purchasing department where he became a key member of the global purchasing team.  Herb was regarded as one who was always available to members of the subsidiary companies, replying promptly and candidly to any request and quickly resolving those problems which appeared to be the most difficult.  He was known for his repertory of analogies and anecdotes of start-ups and product launches throughout the Colgate world.  On a personal basis, Herb was an important mentor to many members of Colgate’s purchasing team.  He retired as the Director of International Purchasing of Far East Strategic Materials in 1993 after serving more than 36 years with the company.

Herb was a member of Good Shepperd Lutheran Church, Holmdel. Pre-deceased by his brother Walter and daughter Diane, he is survived by his wife Bunny with whom he would have celebrated a 64th anniversary with this month, his daughter Gail and her husband Peter, his son David, and five loving grandchildren Zachary, Olivia, Jessica, Emily, and Niklas. He was a loving and caring father and will be greatly missed by family, friends and colleagues around the globe.

Visitation will be Monday, April 19th, from 11am until the time of the funeral service at 1pm at the Holmdel Funeral Home, 26 South Holmdel Road, Holmdel, NJ. Entombment will follow at Holmdel Mausoleum.  To share a favorite memory or send a message of condolence please visit his page of tributes at www.holmdelfuneralhome.com.

KINDLY NOTE: for the health and safety of all guests, current state of New Jersey requirement of social distancing and the wearing of face masks are being strictly enforced at both the funeral home and the mausoleum.

To leave a condolence, you can first sign into Facebook or fill out the below form with your name and email. [fbl_login_button redirect="https://wbhfh.com/obituary/herbert-d-kuhl/?modal=light-candle" hide_if_logged="" size="medium" type="login_with" show_face="true"]
×