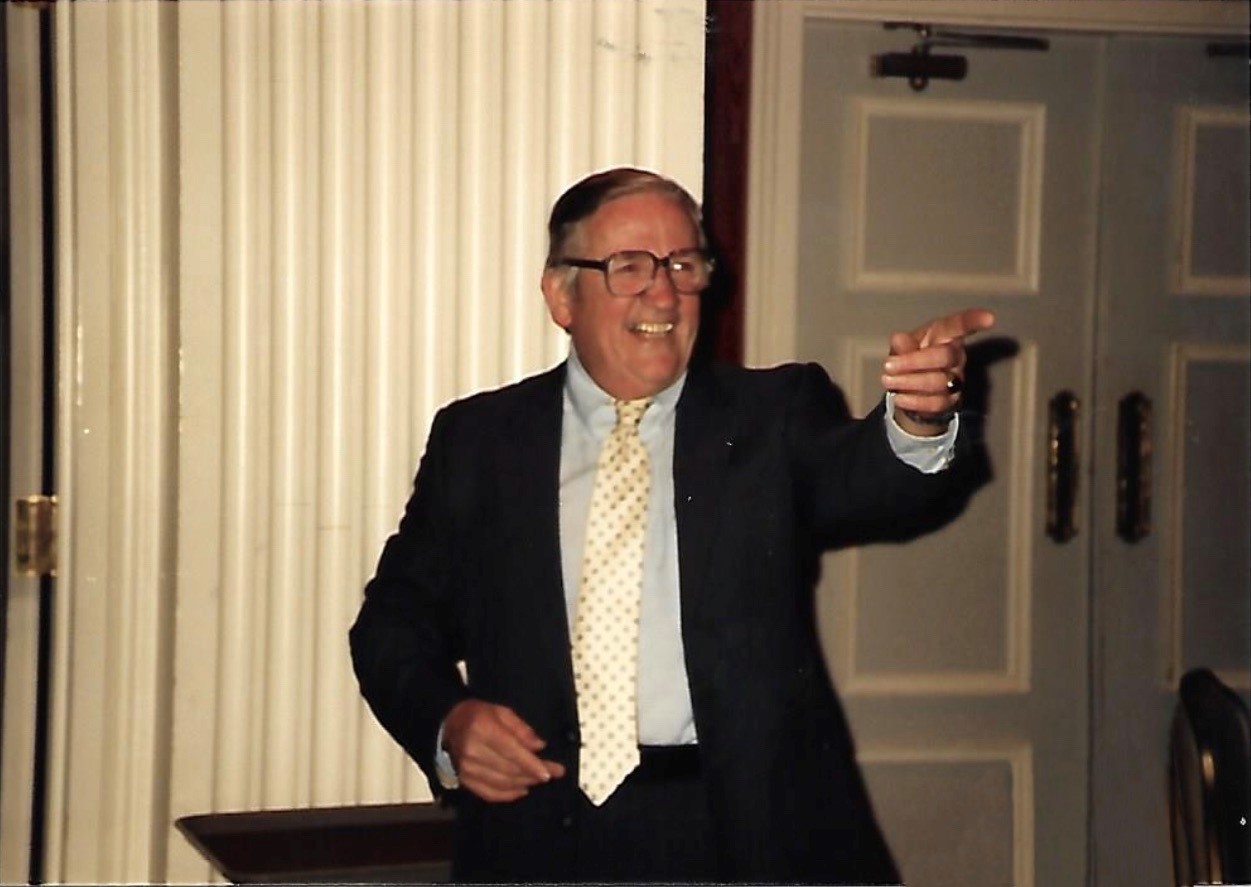 Mr. Cannon was born on October 26, 1927 at the family home in Livingston, NJ. He graduated from West Orange High School in 1946. A true embodiment of the “American Dream”, Mr. Cannon rose from a mail clerk to become Senior Vice President and Head of the Mortgage Department at The Howard Savings Bank in Newark. With 42 years of service, he retired in 1989. Mr. Cannon also completed Executive Programs at Brown University and Michigan State University.

He married Patricia Lee Roberts on June 27, 1953 at St. Philomena Church in Livingston. Among the most gracious of hosts, Herb and Pat enjoyed entertaining a multitude of friends and family at their lovely homes in New Vernon, Bayhead and Hobe Sound, FL. They also traveled frequently by train, sightseeing throughout the U.S. and Canada. As charter members of The Golf Club at Lost Lake, they were a popular pairing at club outings.

Veteran of the U.S. Army during the occupation of Germany. Mr. Cannon’s many other pursuits included Knights of Columbus, devout member and parishioner of Christ the King Church in New Vernon. Several monsignors and priests of the Diocese of Trenton counted Herb as a close personal friend. As President of Cannon Corporation, he oversaw the sale of the family’s large tract of land located on what was then the Livingston Circle. The Cannon family was featured prominently in Livingston’s Bicentennial “Story of a Community”.

Mr. Cannon’s legacy is best told by all those who met him, even for just a few moments, by describing him as the most selfless and caring person they’d ever met.

He is predeceased by his wife, Patricia and son-in-law Michael Harm.

A private memorial service for the family will be held at a later date at The Holmdel Funeral Home.

For messages of condolence or to share a favorite memory, please visit Herb’s memorial tribute page at www.HolmdelFuneralHome.com

To leave a condolence, you can first sign into Facebook or fill out the below form with your name and email. [fbl_login_button redirect="https://wbhfh.com/obituary/herbert-martin-cannon/?modal=light-candle" hide_if_logged="" size="medium" type="login_with" show_face="true"]
×