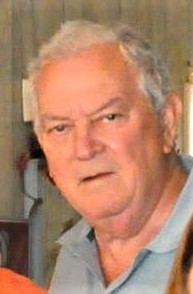 He was born, and raised in The Bronx, NY on April 1, 1935 to the late Augusta and Herman Haftel.

Howard graduated from Samuel Gompers High School, and then served his country honorably in the Army during the Korean War. He met the love of his life, Alma, they married in 1959, and moved to Aberdeen in 1963 where they raised their family. He worked for IBM for many years before opening his own business, HH Computers.

Howard enjoyed spending time tending to his vegetable garden, where he grew various vegetables from tomatoes to corn and everything in between. He was known for his good humor and dad jokes, and ability to fix and build all kinds of things. Everyone enjoyed his company, especially when he was cooking. Howard was very caring and always wanted to give a helping hand where it was needed. Most of all, he enjoyed spending time with friends and family.

He is predeceased by his parents, and his brother Alfred Haftel.

Surviving are his loving wife of 63 years, Alma Haftel, his children, Dennis Haftel and partner Kathy Hurley Connolly of Shrewsbury, Susan Haftel of Rahway, and Valerie Haftel and her wife, Jennie Soria of Atlanta, his brother, Robert Haftel, his sister, Carol Haftel, and many loving nieces and nephews.

In lieu of traditional remembrances, the family asks with gratitude that donations in Howard’s name be made to St. Jude Children’s Research Hospital (stjude.org)

For messages of condolence, or to share a favorite memory of Howard, please visit his page of tribute at www.HolmdelFuneralHome.com.

To leave a condolence, you can first sign into Facebook or fill out the below form with your name and email. [fbl_login_button redirect="https://wbhfh.com/obituary/howard-bernard-haftel/?modal=light-candle" hide_if_logged="" size="medium" type="login_with" show_face="true"]
×