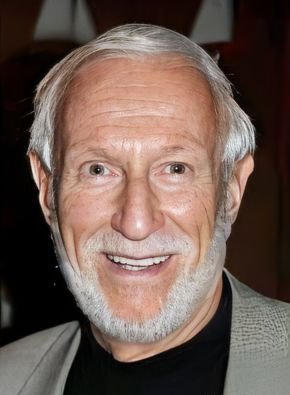 He was born in NYC and grew up in the Bronx. He attended The American Institute of Banking where he earned a degree in Banking Business and Administration. He worked at Bowery Savings Bank in NYC for 35 years, retiring as the Manager of Data Operations in 1982. Howard then began a new career as a realtor, managed Joan Parent Realty for many years, and remained in the real estate business into his late eighties. Howard was a life member of The Salvation Army, through which he met and married his wife Alice Jane. In 1955 they moved to their forever home in Monmouth Beach, 67 years ago.

Howard was an accomplished tennis player and bowler, an avid Mets and Jets fan and Jets season ticket holder, and enjoyed traveling, especially to Lake George, NY and Ft. Myers Beach and Sanibel in Florida. He and Alice and their family thoroughly enjoyed participating in all of those pastimes with their many close and long time friends. Howard was a dedicated member of the Monmouth Beach Fire Company and Fire Police for 65 years, as well as a member and president of the Monmouth Beach School Board. He was a very loving and attentive husband and father, and a good and loyal friend, with a sense of humor that could light up a room.

Howard is predeceased by his wife of 57 years, Alice Jane Rombey (Crossley); his son David S. Rombey; and his three siblings, William, Irene and Edyth (West). He is survived by his son, Howard P. Rombey Jr. (“Skipper”) of Monmouth Beach; his brother in law, Frank West of Eatontown; his nephews, Frank (Wendy) West of N.C. and William (Joan) West of West Long Branch; Roberta Adams of Monmouth Beach, and her children, Leigh (Jon) Seeley, Steven T. (Kayla) Adams, and Andrea (Brian) Fitzgerald, and her grandchildren, Charlotte and Elizabeth Seeley; several great nieces and nephews; along with the many dear friends that he regularly visited and spoke with.  Howard will be greatly missed by all.

Visitation and a memorial service will be held on Saturday, August 27th from 1-3pm at the Woolley-Boglioli Funeral Home, 10 Morrell St., Long Branch, NJ. In lieu of flowers memorial donations to the Salvation Army or the Monmouth Beach Fire Company are requested. If you would like to share a favorite memory or send a message to the family please visit Howard’s page of tribute at www.woolleyboglioli.com.

To leave a condolence, you can first sign into Facebook or fill out the below form with your name and email. [fbl_login_button redirect="https://wbhfh.com/obituary/howard-p-rombey/?modal=light-candle" hide_if_logged="" size="medium" type="login_with" show_face="true"]
×