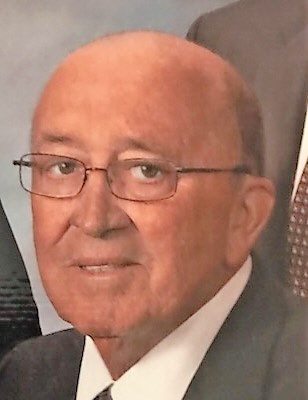 Jay was born in Cranford , NJ. He proudly served four years in the US Navy and was stationed in Hawaii. He completed his military service in 1958. Jay was the owner of the Carl Streit & Son Wholesale Meat Purveyors since 1960, which is now a third generation owned business with over 65 years of serving the local communities and charities though out Monmouth, Ocean, and Middlesex Counties.

Jay was an avid golfer and member of both Beacon Hill Country Club in Atlantic Highlands, New Jersey and Medowood Country Club in Fort Pierce, Florida. He loved salt water fishing as well as fresh water fishing and bird watching. He was a gifted painter in which his art will be on display at his service. He loved driving fancy sports cars, and owning and racing thoroughbred horses through out the east coast. Most of all, he will be remembered as a caring loving husband, father, grandfather and to all that knew him.

He is predeceased by his parents, James Robinson and Beatrice McClain; his son, David Robinson; and his sister, Barbara Graves.

Surviving is his beloved wife, Judith Robinson, West Long Branch; his son, James A. Robinson and his wife Jennifer, Eatontown; his daughter, Lisa Meyerhoff and her husband Kevin, Monmouth Beach; his brother, Richard Robinson; and his grandchildren, Jeffery, Eric, Melanie, and James Robinson.

A viewing will be held at the Woolley-Boglioli Funeral Home, 10 Morrell Street, Long Branch on Monday January 22 from 6pm to 8pm. Funeral Services will be held Tuesday January 23 at 11:00 am at the First Baptist Church 499 Bath Ave, Long Branch. Interment will be private. To share a favorite memory or messages of condolence, please visit Jay's Page of Tributes at www.woolleyboglioli.com.

To leave a condolence, you can first sign into Facebook or fill out the below form with your name and email. [fbl_login_button redirect="https://wbhfh.com/obituary/james-elwood-robinson/?modal=light-candle" hide_if_logged="" size="medium" type="login_with" show_face="true"]
×