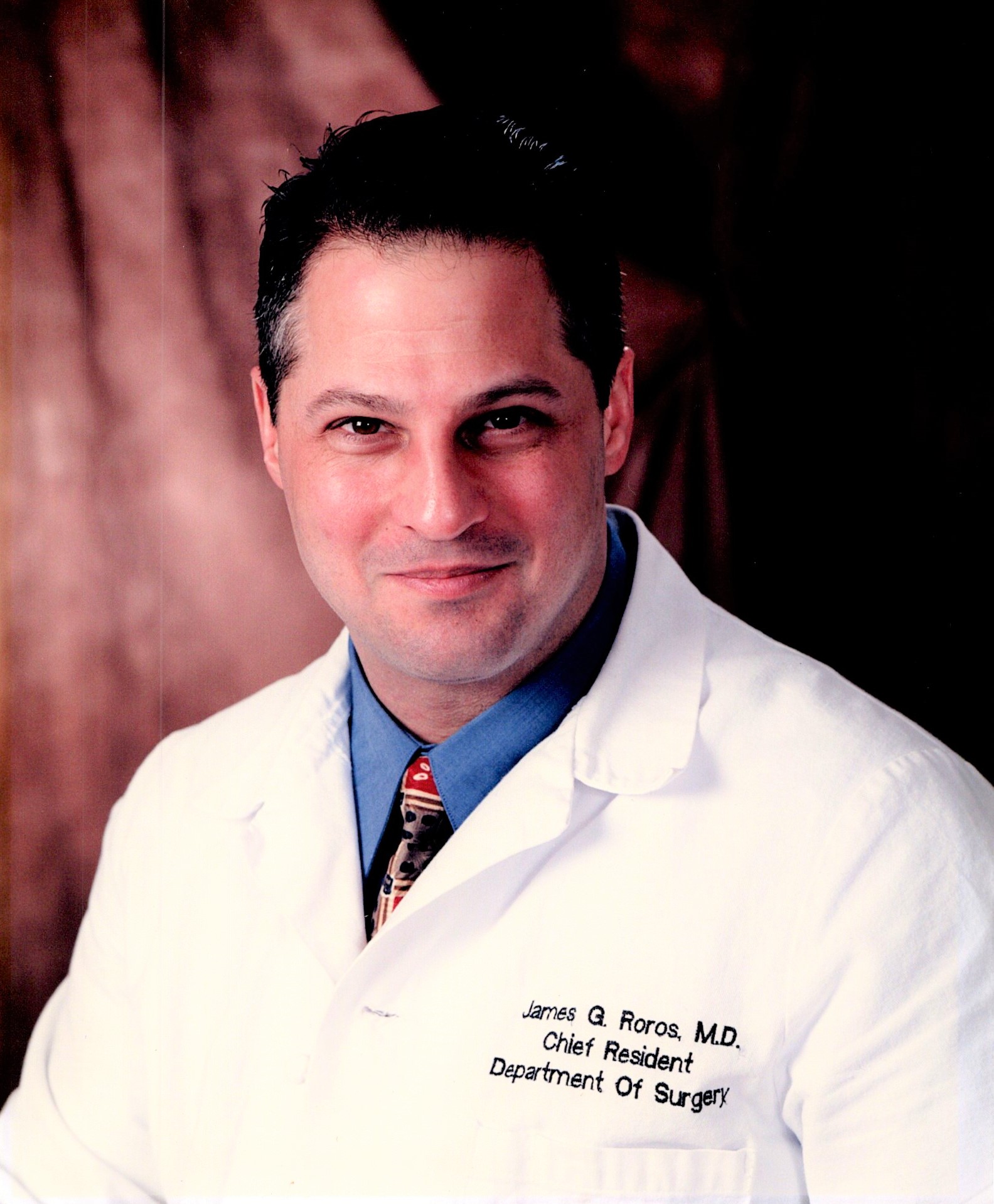 James G. Roros, MD, 56, of Lewes, DE, passed away peacefully at home on Monday, October 17th with his family by his side.

He was born in New Brunswick and resided in New Jersey during his younger years before college.  Jim graduated from Christian Brothers Academy in 1984. He spent the next two years at the prestigious West Point Academy.  Jim went on to graduate from Johns Hopkins University.  Not long after, he met his loving wife, Beth of 26 years.  He earned his medical degree from the University of Medicine and Dentistry of New Jersey and began his residency in general surgery at the University of Chicago. He continued his medical education at St. Agnes Hospital and completed his residency at St. Mary’s Hospital in Connecticut.  Jim also completed his Surgical Oncology Research Fellowship at the University of Pennsylvania, School of Medicine. He was an attending surgeon at Monmouth Medical Center, Long Branch, where he later became the Director of Monmouth Medical Wound Care.  He was also employed as a Wound Care Specialist with the Specialty Hospital at Monmouth, Long Branch.

Jim was a brilliant man that excelled in everything he did, whether it was in the operating room, on the soccer field, or competing in triathlons.  He was a true warrior.  Jim took great pride in helping others and was known as a compassionate, caring physician amongst all who knew him.  However, his true passion was family.  He was an incredible husband, father, son, and brother – nothing made him happier or more proud.

Jim was predeceased by his father, Gus Roros.  He is survived by his wife Beth Anne; his sons Costa and Nicholas; his mother Patricia; his brothers & sisters-in-law Louis & Karin and John & Cindy; his sister-in-law Missy Cetola; his brother-in-law Greg Wojciechowski; and many nieces & nephews who will miss Jim, his bright smile and vibrant personality more than words can express.

Visitation will be Thursday, October 27 from 10:30 am until the time of the mass at noon at Kimisis Tis Theotokou Church, 20 Hillcrest Road, Holmdel.  Entombment to follow at St. Gabriel Mausoleum, Marlboro.

Donations may be made in memory of Jim to the National Multiple Sclerosis Society, www.nationalmssociety.org or the Dementia Society of America, www.dementiasociety.org.

For messages of condolence, please visit Jim’s page of tributes at www.holmdelfuneralhome.com.

To leave a condolence, you can first sign into Facebook or fill out the below form with your name and email. [fbl_login_button redirect="https://wbhfh.com/obituary/james-g-roros-md/?modal=light-candle" hide_if_logged="" size="medium" type="login_with" show_face="true"]
×