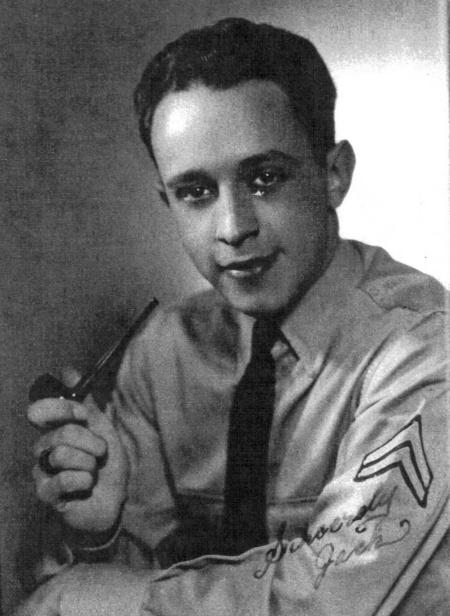 John Alexander Pote, 93, of Hazlet, passed away Monday, September 23, 2013 at Bayshore Community Hospital in Holmdel, New Jersey. John proudly served in the Army from 1940 to 1945. During this time, he earned his cryptologist certification, which became his area of expertise while stationed with the Signal Corps at Fort Monmouth. It was also during this time that he met his soul mate, Helen Dolson. They married on July 4, 1942, and spent seventy years together as devoted partners. John pursued various sales-related careers and eventually became an orthotist, for South Jersey Surgical Supply Company in Shrewsbury. It was from there that he retired in July of 1986. John's many hobbies included calligraphy, journaling, and sketching. He played the drums while in the service, and was particularly fond of martial music. He served his community as police commissioner for a brief period, and was a loyal member of the Masonic Lodge. Six months after his retirement, he began volunteering with his wife at Riverview Medical Center. As a volunteer, he was able to share his sense of humor and brighten the days of the many people who were fortunate enough to know him. In the years that followed, he contributed over 5, 000 hours of service to Riverview. The last few years of his life were spent dedicated to the care of his wife, who passed away in November of 2012. For those who knew him best, let us never forget, 'Here's Johnnie!' Surviving are his two sons: Gary Pote and his companion, Linda; and John Pote and his wife, Rebecca. He is also survived by three granddaughters: Melissa, Emily, and Chelsea. A Memorial gathering will be held at the Holmdel Funeral Home 26 South Holmdel Road, Holmdel on Thursday, October 3, 2013 from 2:00 to 4:00PM with a service being offered at 3:30PM. Memorial contributions in John's name may be made to the Booker Cancer Center at Riverview Medical Center, 1 Riverview Plaza, Red Bank, NJ 07701.

To leave a condolence, you can first sign into Facebook or fill out the below form with your name and email. [fbl_login_button redirect="https://wbhfh.com/obituary/john-a-pote/?modal=light-candle" hide_if_logged="" size="medium" type="login_with" show_face="true"]
×