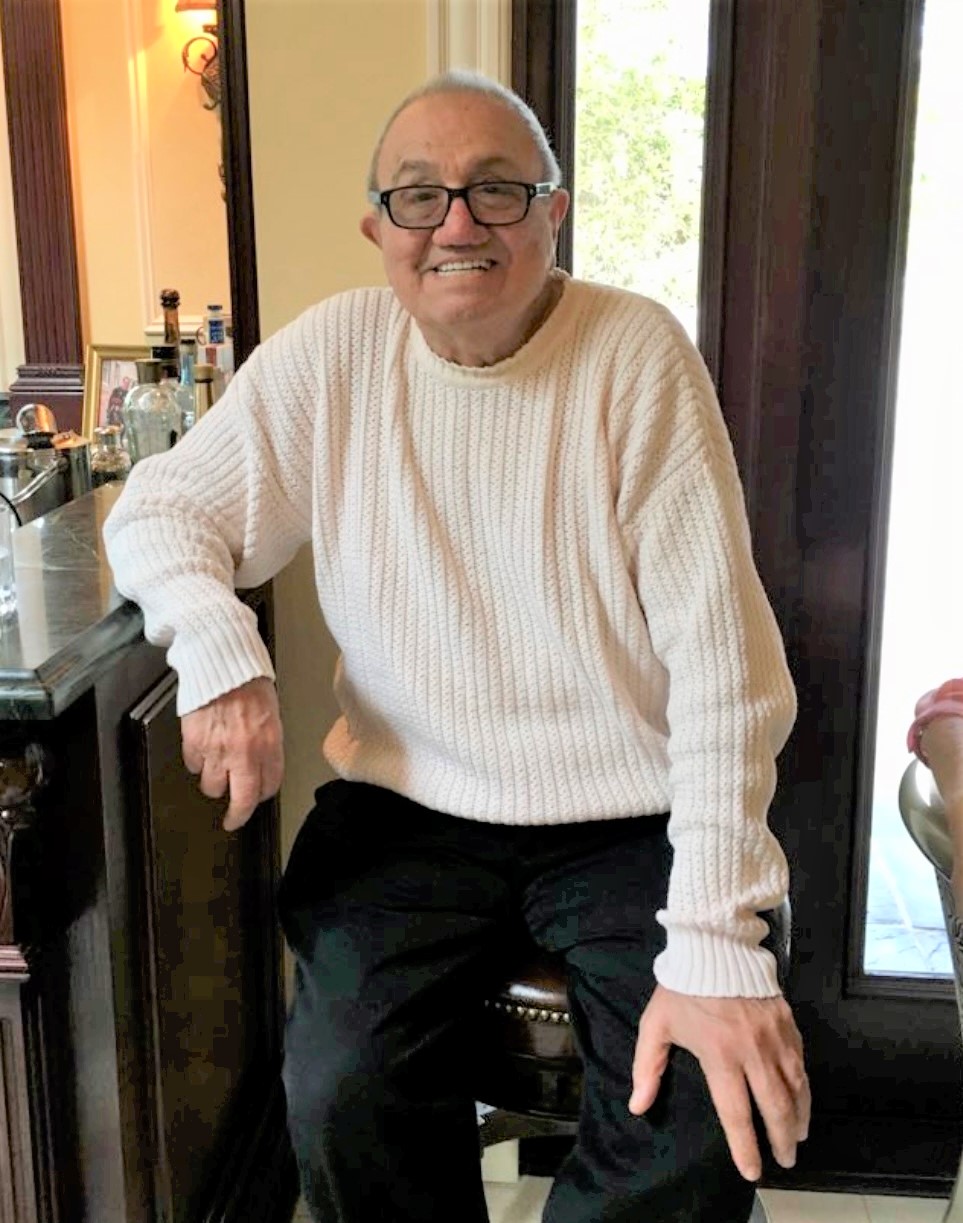 John Fredrick Palo was born in Jersey City, NJ on December 15, 1933, and passed away on October 26, 2022, at 88 years. He was predeceased in death by his parents, Carl Sr. and Florence Palo; his brothers Carl Jr., Charles Sr., and Donald Palo; his nephews Donald Jr. and Charles Jr. Palo and niece Susan Del Duca. He leaves behind his sister Susan Del Duca along with 6 nieces and nephews, 8 grand nieces and nephews and 8 great grand nieces and nephews. John was also Godfather to countless others. Related or not, he was known to most as Uncle John.

After graduating from Snyder High School in Jersey City, John enlisted with the U.S. Army where he was deployed to Germany. While he didn’t see combat, the Army is where he discovered his love for jazz music – using his voice and guitar to comfort the tropes. Upon returning home to New Jersey, he joined a band playing the bass but mostly singing. With Norby Walters as his agent, he played at places like the Copacabana and the Latin Quarter; he played all around the tri-state area and even as far as Las Vegas.

John loved being with people, he thrived working the nightlife scene for most of his life. His love for connection with others never left him. You could always find him outside talking with neighbors, friends and family.

Above everything in his life, he cherished his family most of all. He never missed a birthday, holiday, party, or a Sunday dinner with his family. At any event, you could be sure that if there was a microphone, he would find his way to it to sing a song or three. John had a huge heart, beautiful voice, and someone you know would always be there when you needed him.

To leave a condolence, you can first sign into Facebook or fill out the below form with your name and email. [fbl_login_button redirect="https://wbhfh.com/obituary/john-f-palo/?modal=light-candle" hide_if_logged="" size="medium" type="login_with" show_face="true"]
×