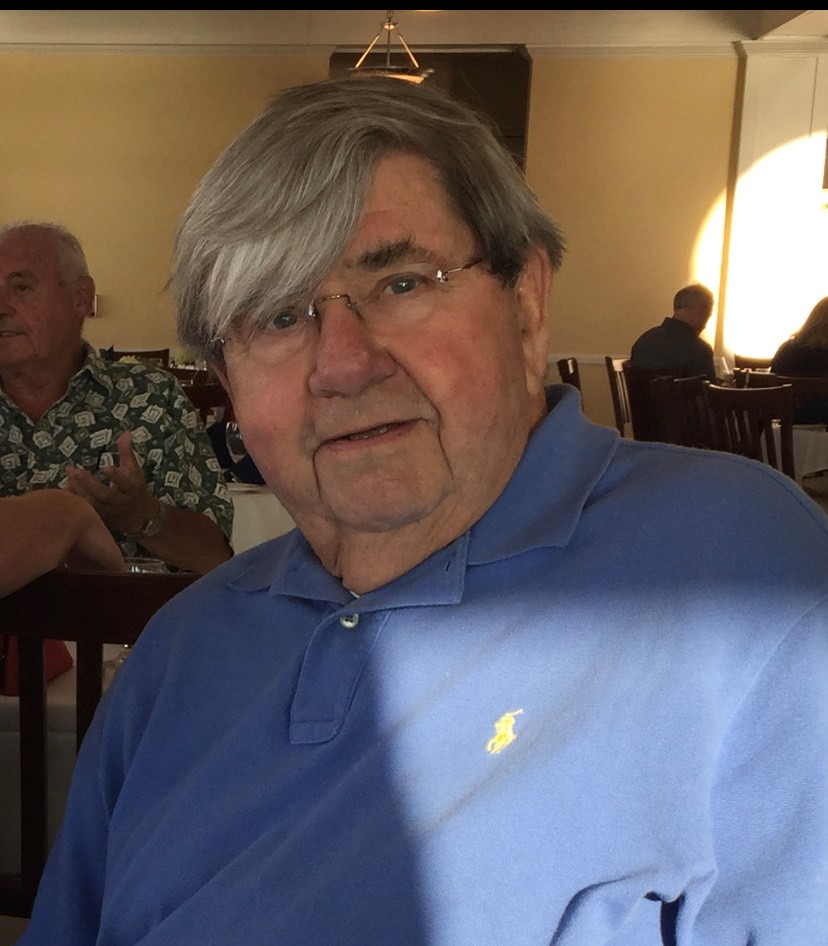 John J. Gallagher III, 87, of Aberdeen, passed away surrounded by his loving family on Tuesday.

John was born and raised in Jackson Heights, Queens. After graduating from his local high school, he went to St. Bonaventure College but left when his Mom was ill and then enlisted in the Army. Following his service in the military, he would come home and start in the mail room at Time Inc. in Manhattan which lead to a job for the founder of the company, Henry Luce. He would go on to work for numerous magazines and eventually to be a part of the launch team for People Magazine. John was an integral part of People Magazine for over 25+ years where he formed lasting friendships and eventually retired as the Ad Director.

As a child, John and his family would take trips to Snake Pond in Cape Cod which cemented his love for fishing and the ocean, which would continue throughout his entire life. He and his wife of 57 years, Kathleen would do 2-week long trips to Myrtle Beach where you would usually find him in the ocean. They had a beach home in Avalon, so that they could always be close to the water and happily watched their grandchildren grow up on the beach. John was an avid sports fan and played soccer, tennis and basketball in his youth and continued on with tennis and golf as an adult. He loved watching his grandchildren play sports, especially soccer.

John was a friend, mentor and confidant to many throughout his years. His gentle way created a bond with many – whether young or old – friend or family. And, he had a fierce loyalty to those close to him, especially to his family. He was undoubtedly the anchor to his family and cherished spending time with them. He loved Sunday dinners with his grandchildren and watching Ranger games with his son.  John was a truly great man who will be sorely missed by all who loved him.

John is predeceased by his loving wife Kathleen Duggan Gallagher; and his brother Bobby Gallagher.

John is survived by his children John Gallagher and his wife Colleen of Philadelphia, and Mary Vassilakos and her husband Dino of Holmdel; his sister-in-laws Cathy Gallagher, Eileen (Duggan) Maxwell, Rosemary (Duggan) Collier, and Carolyn Duggan; his beloved grandchildren Peter, James and Kathryn and many loving nieces and nephews.

Visitation will be Sunday, October 30th from 3:00-6:00 PM at the Holmdel Funeral Home, 26 S. Holmdel Rd, Holmdel. A mass of Christian burial will be offered Monday, October 31st, at 10:00 AM at St. Benedict’s Roman Catholic Church, 165 Bethany Rd, Holmdel. An entombment will follow at Holmdel Cemetery Mausoleum.

To leave a condolence, you can first sign into Facebook or fill out the below form with your name and email. [fbl_login_button redirect="https://wbhfh.com/obituary/john-j-gallagher-iii/?modal=light-candle" hide_if_logged="" size="medium" type="login_with" show_face="true"]
×