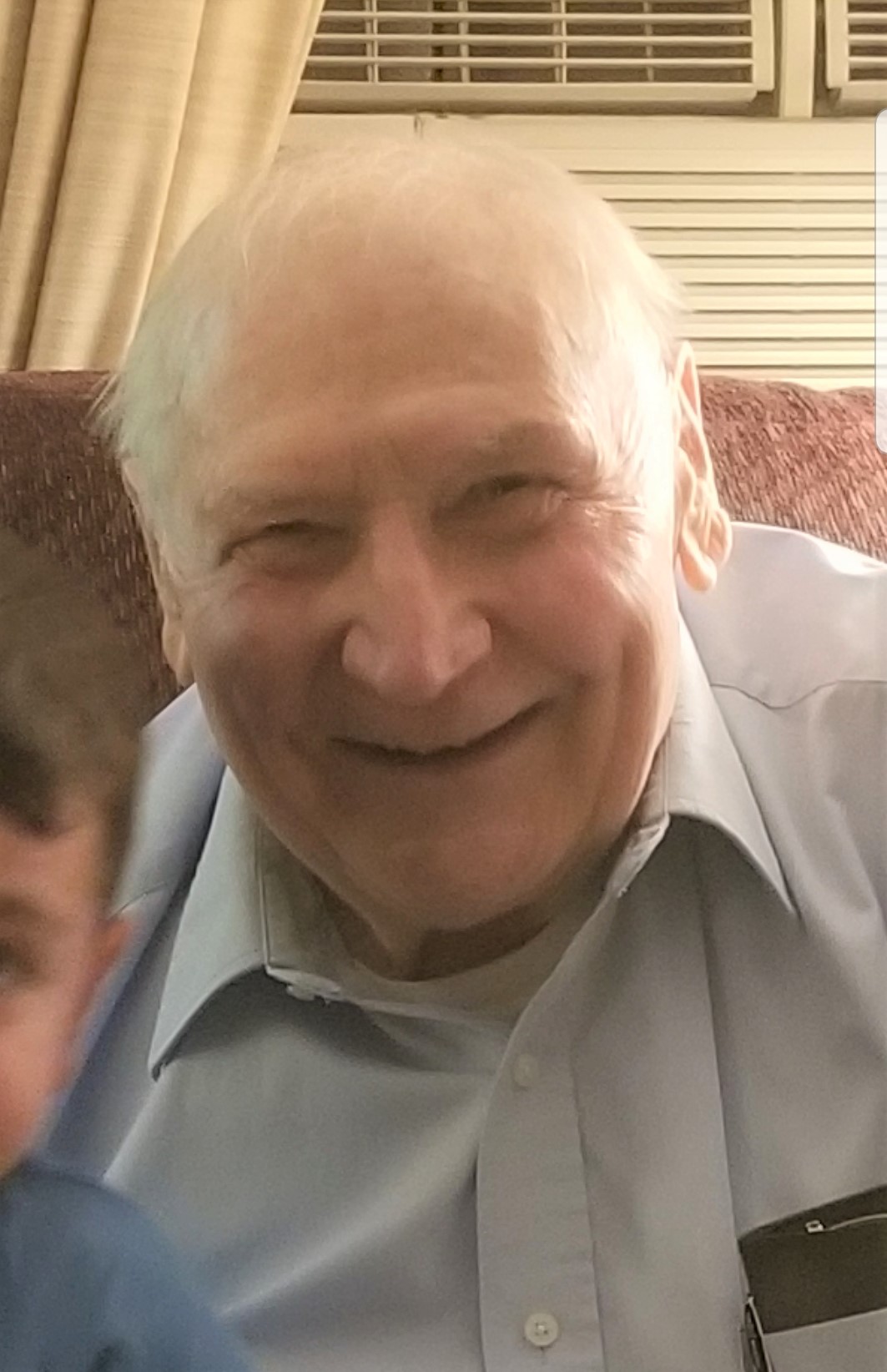 Born March 10, 1934, with a personality that certainly fit his astrological sign, Pisces. As a child and youth, he had to overcome several medical hurdles.  At age 5, he developed Perthes bone disease of the right hip.  This put him in a cast from toe to waist for one year. This was followed by walking on crutches for three years.  In spite of the crutches, he loved wearing the cowboy suit and cap pistol he got for his 8th birthday.  He recovered from Perthes and was able to play left end on his high school football team in Merrillville, Indiana.  However he came down with Polio during his senior year.  He completely healed from Polio and after graduation went on a nation-wide tour with three classmates which took them through Mt. Rushmore, Yellowstone, Lake Louise in Canada, Crater Lake and the Oregon coast sustaining themselves on bologna sandwiches and sleeping in the car.

He enlisted in the Navy in 1952 during the Korean War era and served on the aircraft carrier USS Oriskany, CVA34, in the waters of Korea, China and Japan.  While on the Oriskany, the movie “The Bridges of Toko-Ri” with Grace Kelly, William Holden and Mickey Rooney was filmed on this ship. He achieved the rank of Electronic Technician First Class.  On one leave, he hitch-hiked home from San Francisco to Gary, Indiana over a Christmas holiday.  On their way to midnight Mass, he proposed to his sweetheart, Marie Kolczak, in a picture perfect snowfall setting. She said yes, saying later it was because of his sense of humor and his love for children.

Shortly after his discharge in 1956, they were married and he embarked on an Electrical Engineering education at Purdue University using the GI bill.  He achieved his BSEE in 3 ½ years, graduating in 1960, with a scholastic record of 2 B’s and all the rest A’s.  Diploma in hand, he, Marie, two children, with a third one on the way, headed for New Jersey where he had a job with Bell Laboratories.  While at Bell Labs, he acquired an MSEE from New York University.  He was promoted to supervisor at Bell Labs and later promoted to Division Manager at AT&T.  With the breakup of the Bell System, he accepted a Division Manager position with Bellcore, managing a group of engineers responsible for developing procedures and practices for the maintenance of the Baby Bell Transmission networks.

He retired in 1991, to enjoy a life of traveling with Marie and to chip away at his long list of do-it-yourself projects, which he loved doing. He became active in his faith at St. Catharine parish.  He attended daily Mass, became a Eucharistic Minister, a Sexton to assist at funerals, took communion to patients at Bayshore Hospital, was active in the St. Andrews Men’s Group, ushered when needed, was an enthusiastic supporter of the St. Vincent de Paul Society, and was a regular as Santa at the social justice dinners.

He loved his family greatly, from their infancy to the years of mature adulthood.  Spending time with them was very important and a high priority for him.  This included serving as Cubmaster for the Holmdel Cub Scout Pack and then moving on to Assistant Scout Master of the Boy Scout Troop.  He loved large family get-togethers, especially around the holidays.  These were his treasures.  He loved many friends.  He always felt that God had blessed him abundantly in a life rich in beautiful relationships.

Traveling as a family was also important, but vacationing with three to five children meant staying in campgrounds, generally in or near National Parks, to limit expenses.  This allowed John, Marie and their children to enjoy most of the parks in the eastern US, from Acadia in Maine to Ft. Knox in Kentucky.  While camping, as well as at home, he loved to cook – but felt recipes were intended only as guidelines and liked to add his own touch.  Necessity forced him to become quite adept at packing their station wagon with all the clothes, gear and supplies needed for two weeks living in a forest camp ground.  This even included a playpen and portable potty while some of the children were still at that age.

He also applied his packing skills for the annual family visits to relatives in northern Indiana.  With the station wagon back seat folded down, the cargo area was packed flat to form a bed that slept the five children.  Departure time was always around 7 PM (arrival time: 8AM) leaving with a full bucket of KFC chicken.  Those were the days.

John is predeceased by his wife of 64 years, Marie in March 2021.  Surviving are his children John Kokinda of Brick, Daniel Kokinda and his wife Sandra of Arcadia, IN, Diane Kane and her husband William of Newton, Cyndi Denig and her husband Russell of Palm Beach Gardens, FL and Lise Rod and her husband David of Manahawkin; his five grandchildren William, Kevin, Jennifer, Rikki and Tiffany and his seven great-grandchildren Grace, Liliana, Liam, Annaliese, RB, Madeline and Aurora.

To leave a condolence, you can first sign into Facebook or fill out the below form with your name and email. [fbl_login_button redirect="https://wbhfh.com/obituary/john-j-kokinda/?modal=light-candle" hide_if_logged="" size="medium" type="login_with" show_face="true"]
×