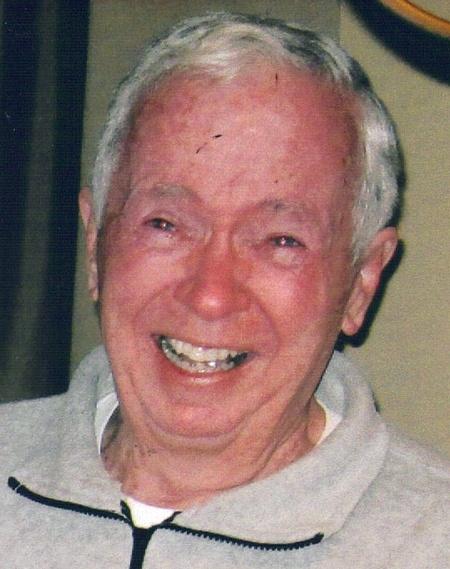 John 'Jack' Duffy of Colts Neck passed away at home early on August 9 surrounded by family after a year long battle with cancer. He was a parishioner of St. Mary's Church in Colts Neck. Born in Brooklyn, he graduated St. Francis Prep in 1954, earned his BS in Electrical Engineering from Villanova in 1958 and his MBA from Columbia. While at St. Francis he won awards in track and field. In recent years, he proudly marched up 5th Ave with St. Francis in the St. Patrick's Day Parade. Villanova was dear to his heart and he enjoyed alumni reunions. He was a 'Top Cat' alumnus and a member of the prestigious 1842 Club. After moving to Lincroft, he joined the 'CYACS' (Catholic Young Adult Club) where he served a term as president and met his future wife, Agnes Cassidy. Jack was Division Chief of Avionics Communications R&D at Fort Monmouth. While there, he received the Commander's Award for Civilian Service from the Dept. of the Army. After retirement, he worked as a consulting engineer at SEMCOR. He served on the Colts Neck Board of Education, taught CCD and was active in the Colts Neck Sports Foundation. He was an avid bridge player, a not-so-avid golfer and a Sudoku master. Jack loved his oceanfront condo in Cocoa Beach, FL, taking beach walks, enjoying the dolphins, surveying the magnificent ocean vista from his veranda and watching launches from Kennedy Space Center. When not on land he was at home on the deck of cruise ships and riverboats as he and Agnes sailed the Atlantic, Pacific, Mississippi, and Caribbean with friends and family. He was predeceased by his mother and father, John and Anna (Bourke) Duffy. Surviving are his wife of 50 years, Agnes, son Larry and daughter-in-law Karen, son Michael and daughter-in-law MaryAnn and daughter Susan and son-in-law James Schatzle, and grandchildren Patrick, Christopher, Jimmy and Jack. Also surviving are a myriad of cousins, nieces and nephews. Viewing will be held at St. Mary's Church, Hwy 34 and Phalanx Road in Colts Neck on Sunday, August 12 from 7 to 9 p.m. Funeral mass will be held at St. Mary's Church on Monday, August 13 at 9 a.m. In lieu of flowers, donations may be made to St. Mary's Social Concerns, 1 Phalanx Road, Colts Neck.

To leave a condolence, you can first sign into Facebook or fill out the below form with your name and email. [fbl_login_button redirect="https://wbhfh.com/obituary/john-p-duffy/?modal=light-candle" hide_if_logged="" size="medium" type="login_with" show_face="true"]
×