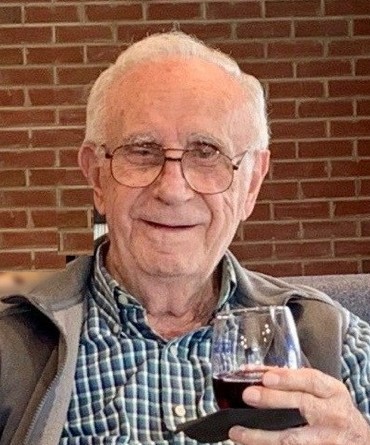 He was born on September 16, 1928 in Manhattan, New York to the late Lazaro Pliego Gomez from LaLinea Spain and Louise (Mor) Gomez from Gibraltar.  In addition to his parents and wife, he was preceded in death by his loving and devoted sister Adele Seminaris.

In 1932, after moving to Jackson Heights, NY, John made friends he would keep for a lifetime. Bonding over their joy of sports, specifically roller hockey and baseball and playing roller hockey on the neighborhood Wolves, with his best friend, Jim Prendergast. They shared a love for the NY Rangers and Brooklyn Dodgers before becoming NY Mets fans after the Dodgers deserted New York. Much later, in 1963, the two would become season ticket holders for the NY Jets. The family has many great memories of tailgating at Shea Stadium and the Meadowlands.

John attended NY Polytech before being drafted, during the Korean War, into the United States Marine Corps in 1951. He was promoted to Sergeant in 1952 followed by an honorable discharge in September 1953. Upon returning to NY, John resumed his studies at Pace University.  Upon completion of his studies, John began working in a management training program at OE McIntyre Corporation. Rising through the ranks of the Direct Mail Advertising industry, John moved on to work at Dun & Bradstreet and Clark O’Neill, before branching off on his own at J. R. Gomez and Sons. Once ready to slow down in his career he worked for a brief time for Publishers Clearing House as a consultant before retiring in 2001 to Lake Monticello, Virginia with his wife Dottie.

Most importantly, upon returning to New York in 1953, John met and happily married Dottie Rende in 1955. During the next 58 years, they shared a very loving fruitful life. He is survived by his seven children, Lawrence Gomez and Avis, John Gomez and Beverly, Jacqueline Gomez and Vincent, Joseph Gomez and Lila, James Gomez, Robert Gomez and Danielle, and Teresa Gomez-Reimers and Jerry. In addition, he is known as “Pop-Pop” to his 13 grandchildren, Joey and wife Jordana, Mikey, Ellen and husband Matt, Sami and husband Dallas, Dave, Becca, Nicholas, Olivia, Kristen, Jordan, Gianna, Jimmy and Megan and known as “Pop-Pop-Pop” to his one great grandchild, Jack.

Due to the COVID-19 Pandemic a Memorial Service and Internment will take place at a date to be determined.

In lieu of flowers please donate in John’s name to the Semper Fi & America’s Fund, for our combat wounded, ill and injured at https://semperfifund.org/donate/

To leave a condolence, you can first sign into Facebook or fill out the below form with your name and email. [fbl_login_button redirect="https://wbhfh.com/obituary/john-richard-gomez/?modal=light-candle" hide_if_logged="" size="medium" type="login_with" show_face="true"]
×