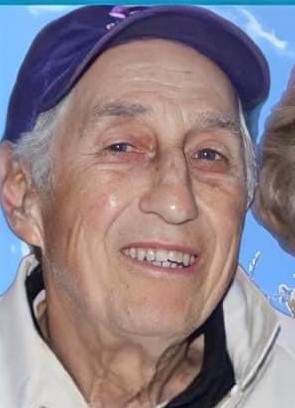 To un-mute your audio, please check the speaker icon settings in the player controls above.

He was born in 1929 to the late Maurice Francis, aka Jimmy McGee and Marie C. Gray in Louisville, Kentucky.

Joseph’s parents raised their family in Louisville, KY, and Miami, Florida.  As a young man, he attended St. Bonaventure in NY before serving his country honorably in the Army during the Korean War. Joseph met the love of his life, Veronica in Florida and they married before moving to Holmdel, raising their family at McGee farm.

He enjoyed working on his farm and especially loved the animals. Joseph was a horse trainer and trained many horses throughout the east coast. In 1968, he shifted his focus to helping his wife with their children and working with former racehorses. He also occupied his time as a driver for the post office. He retired as a postman for the US Post Office after a long career. Joseph was a devout Catholic and volunteered for many years as an usher at St. Catharine Church in Holmdel.

He is predeceased by his parents, his brother Robert B. (Father Bob), and his loving wife of 63 years, Veronica Gray.

Surviving is his brother Michael Gray and his wife, MaryLou of Pompano Beach, Florida.  His children Elizabeth Gray of Colts Neck, James Francis Gray of Old Bridge, Michael Joseph and his wife Janet Gray of Bethel, Alaska, Maria Gray of Colts Neck, and Joann Gray of Morganville, and five grandchildren Katarina, Sydney, Spencer, Pierson, and Reagan, and many loving nieces and nephews.

Visitation Thursday, July 14 from 4 pm – 7 pm at the Holmdel Funeral Home, 26 S. Holmdel Road, Holmdel. A Mass of Christian Burial will be offered on Friday, July 15 at 11 am at St. Gabriel’s Historic  Church, 549 Country Road 520, Marlboro. Entombment will follow at Holmdel Cemetery, Holmdel.

For messages of condolence, or to share a favorite memory of Joseph, please visit his page of tribute at  www.HolmdelFuneralHome.com.

To leave a condolence, you can first sign into Facebook or fill out the below form with your name and email. [fbl_login_button redirect="https://wbhfh.com/obituary/joseph-donald-gray/?modal=light-candle" hide_if_logged="" size="medium" type="login_with" show_face="true"]
×

To un-mute your audio, please check the speaker icon settings in the player controls above.