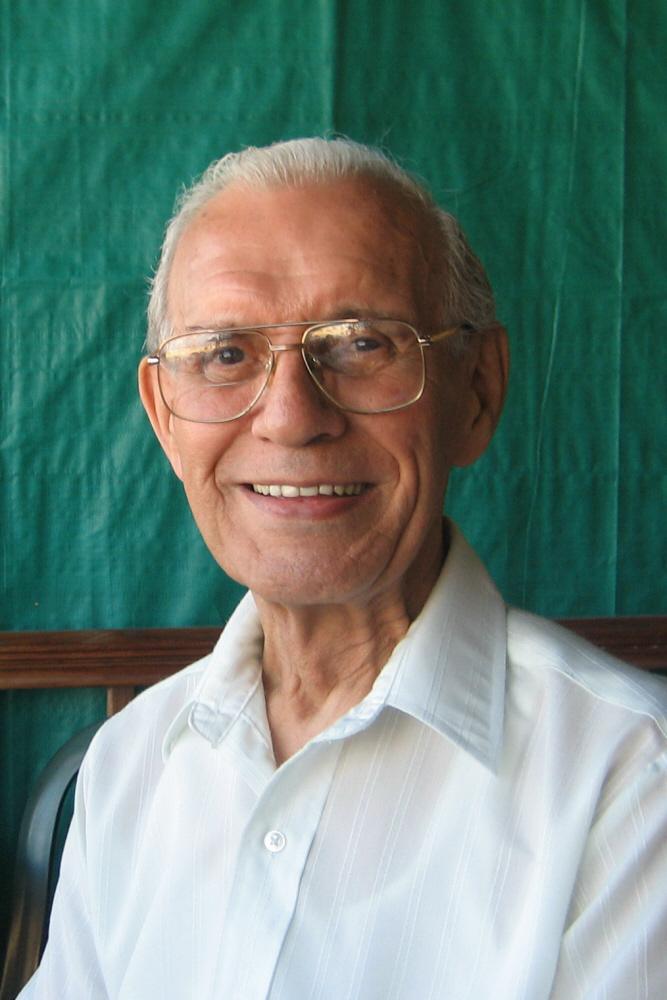 Joseph Gabriel Simard, 87, of Montreal passed away at the Brandywine Senior Living facility in Colts Neck, NJ on Thursday evening, November 20, 2014. Born in Montreal, Quebec, Canada, Mr. Simard lived in Staten Island, NY and Lauderdale Lakes, FL before moving to Colts Neck, NJ in 2009. He was employed by the Western Union Telegraph Company and its Western Union International (WUI) division for over 30 years, having worked both in Montreal and New York City. Mr. Simard was a devout Catholic and an avid pool player. As a hobby, he would fix things around the house. He was the one people turned to fix practically anything from clocks to lawnmowers. But one of his favorite things in life was to spend time with friends & family listening to music and drinking a good single malt scotch. He is predeceased by his parents, Simon and Marie, and his wife of 43 years, Henriette. He is survived by his sons: Jean-Claude and his wife Valerie, Gaetan and his wife Margaret, and Sylvain and his wife Celia; six grandchildren: Jacqueline, Eric, Justin, Shawn, Christina and Jonathan; and great grand-daughter, Samantha. Visitation will be held on Sunday, November 23, 2014 from 1:00pm to 5:00pm at the Holmdel Funeral Home – 26 South Holmdel Road, Holmdel, NJ. A funeral service will be offered in the funeral home on Sunday at 3:00PM.

To leave a condolence, you can first sign into Facebook or fill out the below form with your name and email. [fbl_login_button redirect="https://wbhfh.com/obituary/joseph-gabriel-simard/?modal=light-candle" hide_if_logged="" size="medium" type="login_with" show_face="true"]
×