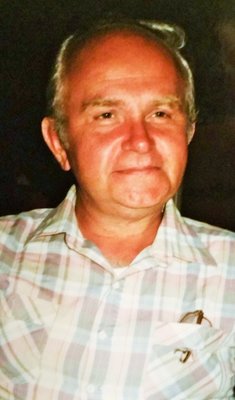 Born in Ridgewood, NY, Joseph lived in Old Bridge before coming to Colts Neck. He attended Thomas Edison High School in New York and upon graduation he enlisted in the U.S. Air Force and held the rank of Staff Sergeant. After his discharge, he was employed by Westinghouse Elevator Corp, which later became Schindler Elevator Corp, for many years as Regional Field Engineer. Joseph and Marilyn are members of the Parish of St. Mary Catholic Church in Colts Neck. Joe was an avid fisherman and woodworker, and also enjoyed building train sets for his grandchildren. He also enjoyed cooking German meals. Anytime spent with his family was important to him.

Mr. Hagner was predeceased by his parents, Joseph and Anne Hagner and his younger sister Joyce Driscoll. He is survived by his loving wife Marilyn, sons; Joseph, Jr., Michael (Eileen), and John (Kathy). He was also a loving Pop Pop to nine grandchildren; Lauren, Jillian, Joseph, Corinne, Justin, Amanda, John, Kristen, and Michael.

Visitation will be held Friday from 4:00 to 8:00PM at the Holmdel Funeral Home 26 South Holmdel Road, Holmdel. A Mass of Christian burial will be offered Saturday 9:30AM at The Parish of St. Mary Catholic Church, 1 Phalanx Road, Colts Neck. Entombment will be in the Holmdel Cemetery.

To leave a condolence, you can first sign into Facebook or fill out the below form with your name and email. [fbl_login_button redirect="https://wbhfh.com/obituary/joseph-j-hagner/?modal=light-candle" hide_if_logged="" size="medium" type="login_with" show_face="true"]
×