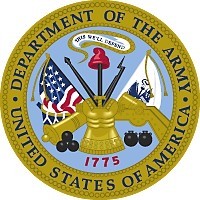 Joseph Rocco Lucciola, 81, of Tinton Falls, passed away on Wednesday, December 17, 2014. Born in San Giorgio a Liri, Italy, Joseph came to the United States at the age of 7 and left on the SS Conte di Savoia, the last boat to leave Italy before the United States entered WWII. He grew up in Newark and went on to be a two sport star athlete at Seton Hall Prep and was later inducted into the school's Hall of Fame. He attended Seton Hall University where he continued playing baseball & became a member of the US Army ROTC. He remained an active alum which included serving as past President of the Seton Hall Alumni Association in Monmouth County. After graduating he joined the US Army as an Officer. While serving in Michigan he met his beautiful wife Lois of 54 years. He started his business career as a manager at Western Electric. In 1967 he joined Allstate Insurance where he built one of the most successful agencies in the company. He was an avid sportsman who enjoyed golf, harness racing and following college and professional sports. He coached and mentored dozens of children and colleagues and leaves behind a legacy which inspired all those who knew him. He will be missed by his wife Lois and children, Michael Lucciola and his wife Helen, Andrea Zorzi, Susanne Ricca and her husband Michael, his sister Rosemary Sheehan and her husband John, and his 10 grandchildren, Joe and Amanda Zorzi, Michael, Matthew, Christopher, Natalie, and John Lucciola, Andrea, Michael, and Thomas Ricca who he treasured and who treasured him in return. Visitation will be held Friday from 3:00 to 7:00PM at the Holmdel Funeral Home, 26 South Holmdel Road, Holmdel. A Mass of Christian Burial will be offered Saturday 10:00AM at St. Benedict R.C. Church 165 Bethany Road, Holmdel. Interment will be in the Holmdel Cemetery. Memorial donations may be made in his name to the National Parkinson Foundation, Gift Processing Center, PO BOX 5018, Hagerstown, MD 21741

To leave a condolence, you can first sign into Facebook or fill out the below form with your name and email. [fbl_login_button redirect="https://wbhfh.com/obituary/joseph-rocco-lucciola/?modal=light-candle" hide_if_logged="" size="medium" type="login_with" show_face="true"]
×