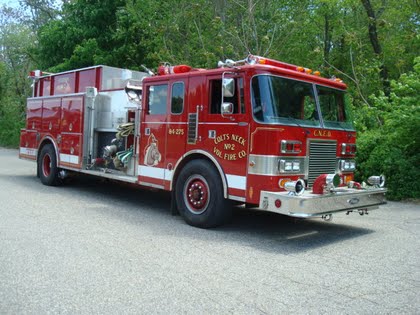 Mason – Anchor Lodge, Plainfield, N.J. Jules Schweitzer, 95, of Tinton Falls, passed away September 2, 2010, at Renaissance Gardens, Seabrook Village. He was born in New York City and lived for the past 10 years at Seabrook Village. Jules worked his entire career at Bell Laboratories in the Staff Services Organization for 45 years before retiring in 1978. Jules leaves behind his beloved wife, Evelyn, of 71 years. Surviving are three children, Edward of Marlboro, Philip of Colts Neck and Diane Cook of Fredericksburg, VA. Also surviving are six grandchildren, and nine great grandchildren. Jules was a founding member of the Colts Neck Fire Company Number 2. Over a thirty year period, he served as Deacon, Building Committee Member, and Cemetery Committee Member at the Colts Neck Reformed Church. Jules volunteered over 30 years as a member of the Bell System Pioneer's, helping children with hearing tests. And, for over 25 years, he volunteered as a Firemen, Fire Police, Special Police Officer and Safety Committee Member for Colts Neck Township. In lieu of flowers, contributions in his name can be made to The Colts Neck Reformed Church Memorial Fund, Route 537, Colts Neck, NJ 07722 or Care Alternatives Hospice, 70 Jackson Drive, Suite 200, Cranford, NJ 07716 or Seabrook Benevolent Care Fund, 3000 Essex Road, Tinton Falls, NJ 07753

To leave a condolence, you can first sign into Facebook or fill out the below form with your name and email. [fbl_login_button redirect="https://wbhfh.com/obituary/julius-jules-schweitzer/?modal=light-candle" hide_if_logged="" size="medium" type="login_with" show_face="true"]
×